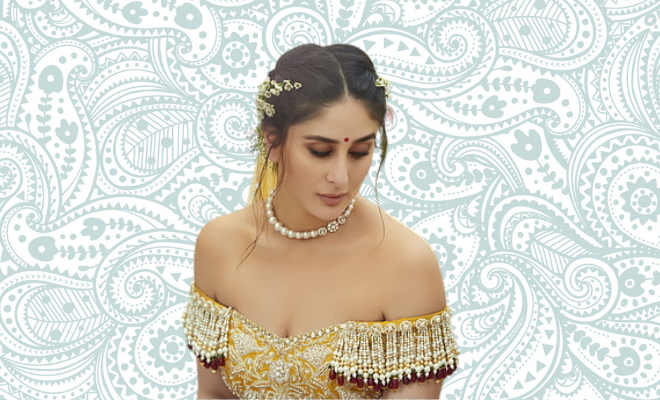 Desi Women Get Candid About The Ugly, Misogynistic Side Of Indian Matrimony. It’s Why Indian Women Are Scared To Get Married

I am a 29-year-old desi girl and you can bet a pretty penny that my relatives, friends, and cousins are interested in me getting married. Indian women are, generally speaking, seen as incomplete if not married. My grandmom has the typical dialogue all brown grandparents use to emotionally blackmail the freedom-loving youngsters into marriage – she says she wants to see me married while she is still around. What she doesn’t address is the ugly side of Indian matrimony. My cousins are waiting for a shaadi so they can deck up. My married friends want me to abandon my ship of singledom and hop into theirs. They say marriage is great and I must settle down. Everyone has some advice as if single Indian women are like suggestion boxes and anyone can drop in their unsolicited about what’s right for you!

A friend of mine has been getting pushed by her overbearing relatives to tie the knot for the past seven to eight years. And to escape it all, she moved cities for her job and living apart for a couple of years, she tasted freedom. She is petrified of getting married like I am. And no, it’s not about sharing your life with another person. Anyone would love to have a companion – a best friend and husband – but women are afraid of the strings that come attached with Indian matrimony, like misogyny.

Women are afraid of marriages because they come with a cost and I am not even talking about the wedding cost. I am talking about the changes and sacrifices a woman has to go through for her marriage to work. We live in a comfortable bubble assuming that all is well around, that women don’t have to go through the expectations that baptize you to become the ideal bahu and wife. A Reddit thread talks about how Indian matrimony is rather patriarchal in nature and several women are scared of something that is supposed to be beautiful. The post discussing desi women’s “worst nightmares” when it comes to marriage had several responses and strangely, all women just agreed to everything everyone said. It was almost like a petition that was unanimously signed by the desi women of Reddit.

Single women and the pressure to marry

“The social pressure to get married at an “agreeable” age because of the incessant narrative being forcefed to you that your whole worth as a woman depends on you being a wife and mother,” a user wrote. What is this “right age” to marry and why are others deciding it for you? It’s like your entire family – your own loved ones – lacerate your mental health, often involving the woman either giving up or having to take difficult steps. A woman shared that she had to lie about having fertility issues to avoid the topic of marriage. She even threatened to commit suicide. “I’m an Indian girl and the social pressure to marry is insane. I’ve just told everyone that I have a uterine issue and can’t bear children so they’ve stopped troubling me now. (I’m totally fine, I’m lying). To my family, I just say I’ll commit suicide if forced to marry so they’ve shut up,” she wrote. This is really insane!

Traditional Indian marriages are made for the comfort of men

Just think about it. A woman has to leave her home, move in with her husband’s family, take on their surname and keep a smile on. It doesn’t matter whether you are an introvert or an ambivert or just homesick – you have to be mingling with everyone at home, with minimal effort from their end. I was scolded by my ex’s mother for not talking enough to his dad but there’s only so much communication an outsider can make with someone not even making eye contact with you. You have to be the one making changes to her lifestyle because that’s just how things roll in the new household. And while all that is going on, you are also expected to be excellent at-home duties. “Movies romanticize domestic lives, showing some stolen kisses in a kitchen while ignoring the larger nightmare that half the family is in the living room while this girl is cooking alone and her husband is distracting her,” a user wrote. How is that romantic bro? No wives aren’t housemaids. And expecting her to give up on her career to make round rotis is just pathetic.

“Sis where’s the dowry? And the cricket matches. And his stupid friends coming over and calling you bhabhi and negging you as sign of ‘love and affection’ for their new bhabhi while you slave around for them,” another woman described her ordeal. A good wife has to also take on the role of a good host when his friends come over. Honestly, I am a very hospitable person who would do that for anyone who comes over – his friends or mine. But hey, it’s not a wife’s responsibility and not doing that doesn’t make her a mean woman.

The possibility of abuse

We have heard of women being subjected to abuse post marriage and it kinda scares us. Nobody willing jumps into fire. It’s only after getting married you realise what toxicity the misogynistic family has to offer. “My cousin sis fell into this trap. Didn’t take her studies seriously from the start and always dreamt of getting married. Married at the age of 21 with full pomp and show to a guy that looked like elephant. Just after 2 month of marriage they made her life living hell, from financial abuse to physical abuse, she always went back to them, and after exact 10 months of marriage she gave birth to a baby. Trapped forever since then,” a woman wrote. No, women are not reproduction cum house cleaning machines, brought home to be exploited. But in its gist, that could be Indian matrimony.

We know in detail how things work, how the misogyny takes over marital bliss. A friend has to wake up at 6 am every morning to make tea and breakfast for her family. She doesn’t get to do sleepovers anymore. Another friend is married in a family that lets men eat first and women have meals later on. My ex’s mom had some scary expectations from me too. And these are like urban, modern families. Can you imagine the sexist treatment women in more conservative households go through? From domestic violence to mental abuse, you have no idea what awaits you – happiness or pain. The uncertainties are scary and there’s a lot at stake.

The mother in law

When I watched the movie Thappad, starring Taapsee Pannu in the lead role, I was deeply saddened by the portrayal of her mother and mother in law. Her own mother taught her that she must at any cost adhere to the traditional roles of a wife and daughter in law. Her mother in law became a silent spectator and hence facilitator to the abuse her son unleashed on her. She watched it and not once called him out for disrespecting his wife. And that is still better than women who actually see their son’s wife as a subordinate they can boss around.

“The tyrannical aspect comes from the fact that many of the MILs are very attached to their sons and consider them god’s gift to mankind for the aforementioned reasons, so they’re jealous/insecure of the relationship between their DIL and their son and/or they were treated poorly by their own MIL, so they continue the cycle. Also, the sons tend to dote on their mothers since the mothers catered to their every whim, so the mom has a position of power over the son (who has a position of power over the DIL), which is why MIL can act p much however she wants and get away with it,” a woman wrote. She further added, “And since the DIL is moving into the MIL’s house, there’s also the expectation that she will conform to how the MIL does things, so if she deviates, that can also be a point of contention (hard for the MIL to deal with change). The DIL or a daughter is the only person in the MIL’s life that she can exert control over or really express frustration/negative emotion to as well.”

No this is stereotyping MILs and not all of them are so territorial and difficult. But unfortunately, if you take into consideration the more conservative towns where misogyny exists even more, the majority has women against women. “It’s certainly not the case for all families, but anecdotally, it’s happened in a majority of them. Most women I know, even if they don’t get live with their in-laws, don’t really get along with their MIL,” she wrote.