5 Zodiac Signs That Are Sensitive Lovers In Bed 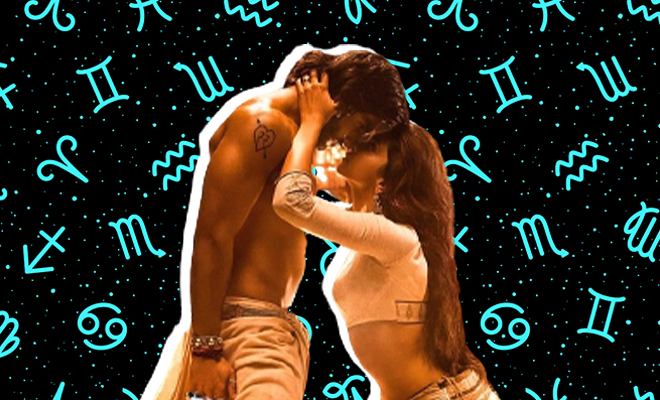 You cannot be exactly how your zodiac sign says you ought to be. We are shaped by the numerous experiences we’ve had and that makes each one of us different. But I have studied it enough to know that it makes a difference.

Speaking from personal experience, I had essentially experienced only Pisceans and Cancerians, romantically. And they were really sensitive lovers. So I didn’t know that people can be detached lovers too. I didn’t know there are people who see sex differently, perhaps less emotionally. And when I did date other signs, I was surprised by this discovery.

Cancerians are essentially affectionate people but they are also shy. Believe me, if two Cancerians are attracted to each other, it’s highly likely that none of them will make the first move. They will sit next to each other, with the horniness building up but it will take enough signs for them to finally lean in for a kiss. But when they do, they make for one of the most caring lovers on bed. They are usually givers and will really care about your orgasms. When a Cancerian kisses you, it feels no less than a movie, and sex with them is usually slow and more about the process than the climax. Their deep affection makes them really sensitive lovers in bed.

These peeps are a perfect blend of passion and affection. They will treat you like royalty because they feel like one too. People born under this zodiac sign are suckers for romance. Their pre-sex game is strong and will make sure they woo you and expect you to do the same. They will take you for a night out in town and listen to you intently. Leos will shower affection on you throughout the night and not just when you hit the bed. Nobody builds it up as they do!

While other water signs are slightly towards the calmer side, Scorpios are feisty and like their sex to be the ‘all in or nothing’ kind. They are one of the most emotional signs of the zodiac. Mixing it with their never-ending thirst for exploration, you get the best of both worlds in bed. A person who will be up to explore fantasies but will start with the most passionate kiss ever. They will go wild and sex with them will be like a roller coaster ride of emotional and physical intimacy.

ALSO READ:5 Zodiac Signs That Make For The Most Loyal Partners

They are the ultimate romantics and often idealise their partners. Pisceans are the most sensitive lovers in bed as well as selfless, and empathetic of all zodiac signs. They are essentially givers and will take a lot of pleasure in caressing you all over. Their kisses give away all their feelings and their willpower is basically shit. If they love you, they would want to canoodle with you often. Being with them feels like you’re in a dream and you’re being serenaded with affection!

Does Sexting Scare You? 10 Tips To Sext Like A Pro!

Talking Fantasies, Fetishes, Kinks and Desires. Why Is It An Important Discussion For Couples To Have?

Ladies, Forget No Nut November, It's Time To Celebrate No Shame November!

How To Practice Kinks In Long-Distance Relationships?

Curse Larys Strong Of 'HOTD' For His Manipulation, Why Kink-Shame His Foot Fetish?

Kim Kardashan, Pete Davidson Had Sex In Front Of A Fireplace. Here Are Some Safety Tips To Follow While Having Sex Near A Flame!

Women Are Sharing What They Want Their Sexual Partners To Be More Aware About. Men, Take Notes!

Study Reveals How Genital Cosmetic Surgery Affects Women's Sex Life And Sexual Experiences, Here's All You Need To Know About It!