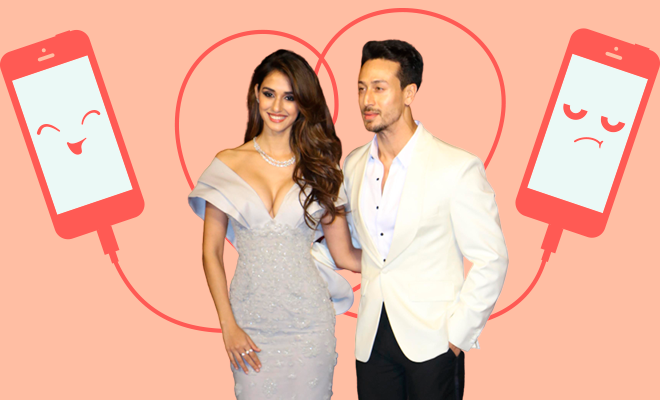 What do we do when we have bought ourselves a really pretty handbag? We love it, we guard it but we also flaunt it. We carry it everywhere and make sure that we put up a picture on Instagram in which the bag is visible. Some of us don’t want to look like we’re flaunting it but subtly slide it in the frame so everyone can appreciate the beauty of the thing we oh-so-love! That’s just how love works, right? And so if you can go all out for a bag, a relationship should be so much more. It gets you so excited for having it and you can’t shut up about it. After a point, your bestie has to ask you to stop talking about your bae just for a little while. Your social media feed begins to look like his, because he features in your posts and stories so often.

So when your boyfriend refrains from publicly dating you, it shatters everything you believed about love. It makes you miss out on using #CoupleGoals and all that PDA you could be doing. But all you can do now is look at DeepVeer getting downright cheesy on Instagram, while you aren’t even allowed to hold his hand in public. And that ends up making you insecure because you don’t know why he is hiding your relationship. Honestly, your worry may not be unjustified because people in a healthy relationship don’t feel the need to hide it, unless they are celebrities or have parents who can kill them for being in one. You should have a talk with him but to warn you beforehand, it’s gotta be one of these 5 reasons!

1) He wants to wait till it gets more solid

If your relationship is in the nascent stage then it only makes sense to wait till it becomes stronger. When it’s public, you hang out together socially and mix with each other’s friend circles. So when you break up, it gets awkward because then you have to answer everyone and repeat the same story again and again. Plus, how do you exist in the same social circle? It’s only unfair to everyone – even our friends because they don’t know if they are still supposed to be friends with your ex or not. So if you’re in it completely, let this serve as a warning that they are not on the same page as you yet. It definitely warrants a heart-to-heart.

2) He wants to keep his options open

When someone hides their relationship, often it’s because they want to appear available in the dating pool. Now it can be specifically for one person he is still not over or because he likes the attention from opposite sex. Either ways, it’s unfair to you because somewhere it means he is likely to stray the moment he gets an opportunity. Unless you’re in an open relationship, being available isn’t very cool. Who knows, he probably still he is still swiping left and right while you’re rejecting every guy’s advances to be loyal to him.

3) He thinks you guys won’t last

We don’t go on flaunting love affairs we know are unlikely to work. Why would I put up a picture with my boyfriend when I know that the shoes I bought off the streets have more lasting capacity? I mean, it’s seriously a lot of effort to go and delete all the pictures from social media. If he looks at your relationship as short-term, why would he make it public? It sucks though if you’ve already married him in your head.

4) He thinks his friends and family will judge him

If it’s not been too long since his last relationship, it is understandable for him to keep it under the wraps so that his friends don’t see you as a rebound. For your sake I hope you are not what he is afraid his friends think you are. In such a scenario, it’s okay to give him a little time.

ALSO READ: Is He Taking You For Granted? Take This Relationship Quiz To Find Out!

5) He thinks he can do better

In that case, he is just using you to fill the void in his meaningless existence till he finds someone he thinks is better. It clearly shows he is embarrassed to publicly admit you’re his girlfriend because he thinks he can do better. But here’s the thing. A guy who thinks like that doesn’t deserve anyone, especially not you.

ALSO READ: I Tried Casual Dating Even Though I Am An Emotional Girl Who Gets Attached Easily. Here’s What I Learned