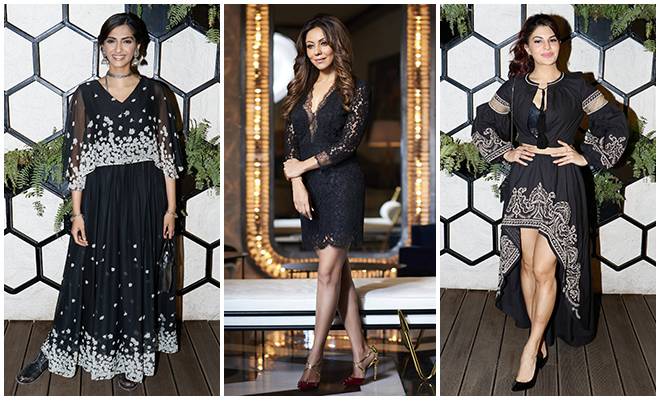 Bollywood Has Found Its New Fave Restaurant And It Is Designed By Gauri Khan!

Last night marked the launch of the new contemporary restaurant, Arth, which has been designed by none other than Gauri Khan. A whole lot of celebrities were there in support of the designer, including her lovely family.

The most adorable pair at the event, hands down, had to be Suhana, who accompanied her daddy SRK to the event.

Arth, situated in Bandra, is the designer’s first venture in a restaurant space and is rather grand in terms of aesthetics, yet cosy at the same time.

Scroll down to see which of your fave Bollywood celebs came around to show their support for Gauri Khan.

Amrita Arora in a Deme dress and Seema Khan

Sussanne Khan in a Versus Versace dress and Chanel clutch

Shahrukh Khan and Suhana Khan in a Hervé Léger dress

Sonam Kapoor in a Rheson outfit

Tiny but fierce, our Fashion & Beauty Writer grooves to her own soundtrack. An animal lover at heart, she plays proxy mommy to pretty much all the strays she meets.