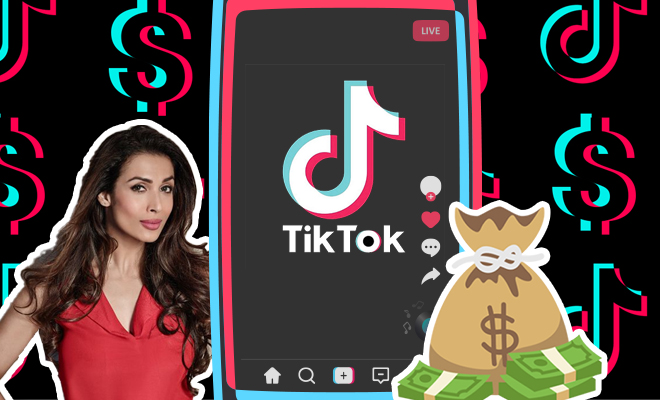 While Malaika Arora Is Glad Tik Tok Has Been Banned, There’s More To Tik Tok Than Just Cringey Videos And We Should Acknowledge That

You know when someone looks at you and says, ‘Whoa, you’re really addicted to your phone!’ and you want to punch them in the face? Because hello, there’s not enough to do in the lockdown and if I am keeping myself entertained with the incessant scrolling, you should be thankful because I am going to be a very cranky person otherwise. Now, I am usually on Instagram and Youtube and Facebook. But since the lockdown, I have (judge me all you want) also explored Tik Tok.

I know you are looking at me all alarmed, like I need to get my head checked, but hey, it’s a guilty pleasure. Like some of the content we consume on OTT platforms. Admit it, not every show is the next big thing in pop culture. Sometimes, you’re sitting with popcorn and watching housewives get their nails done while being extremely salacious about someone else.

For me Tik Tok was where I went to watch cringe-y videos. I couldn’t believe people on the platform were so comfortable putting themselves out there in this manner. Obviously, they don’t think their content was the kind that would make you want to pull your eyes out. I mean, I don’t know how they didn’t see it. It’s literally a hotbed for crap videos. I kid you not, there’s an entire Tik Tok sub-genre that involves women staring into the camera and crying but with a full face of makeup. If that doesn’t entertain you, I don’t know what will.

But it’s not us mere mortals who are watching these videos. The celebrities are also doing it. In fact, a bunch of Indian celebrities were also on the app to stay relevant and create content. Shilpa Shetty, Kajol, Raveena Tandon were all on it and those are just the names off the top of my head. And when the ban on 59 Chinese apps was announced in India, Tik Tok being one of them, some other stars were relieved. Case in point, Malaika Arora who took to her Insta stories to say. “Best news I have heard in lockdown. Finally, we will not be subjected to people’s ridiculous videos,” Malaika said.

Of course, the place is known for it’s cringe but Tik Tok also has tremendous reach. We are talking in millions. According to Tech Crunch, India has over 200 million Tik Tok users and is the app’s biggest overseas market. For the top influencers on the platform the huge user base translates to endorsement deals and brand collabs that are a huge chunk of their income. And while we may not be leaving hearts on their videos, there are plenty of people who are. For these people, it would be taking away their livelihood.

A couple of people have been cognisant of the fact that the app being shut down could affect these young influencers adversely. Many of them will probably move over to another platform but we must take into account how this ban would play out for these people with a huge following that they were mobilising till a day ago.

According to a Business Today report, Tik Tok planned to invest 1 billion dollars in India and hire around a 1000 people for its operations. With a 30% user base in India, the app may mean more than just the shutting down of an app, it could mean that these young influencers have nowhere to turn to, at least immediately.

And perhaps for that and because of the apps tremendous reach, we shouldn’t be as dismissive as we are currently.