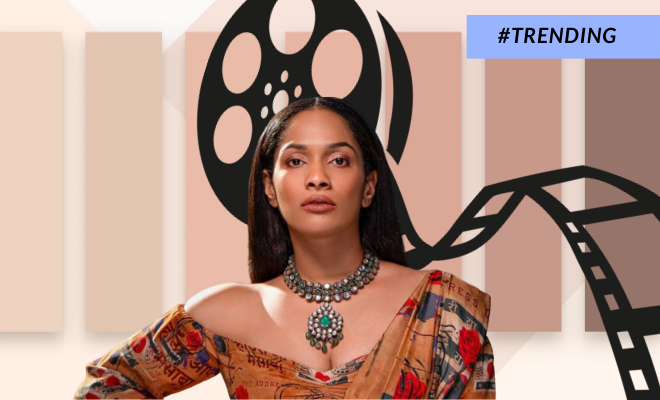 #Trending : Masaba Gupta Says There’s So Much Colourism In Our Country And That Needs To Be Talked About Before We Talk About The BLM Movement

It is a fact that when you’re born with a dark skin in a country like India, which is dominated by brown skinned people with a built-in fair skinned fetish, you also have to mould yourself to be thick-skinned. Growing up, society continued to fill me with insecurities, picking on my complexion, bluntly suggesting ways to become fairer, et al. It only made me want to strive harder to believe in myself and years later, when I look at my reflection in the mirror now, I see nothing but beauty, confidence and radiance. But it wasn’t always like that, and I am not the only one who thinks so, for ace designer Masaba Gupta has too spoken up on the matter.

Today she is a successful designer, launching new lines almost every fortnight, and has made a place for herself in the fashion fraternity with her quirky designs and hard work, but years ago when she was kid, she was nothing but a hollow mess of insecurities, who was made to feel inferior due to her complexion. As are many people on the daily. Speaking up about how the people of India need to realise the importance of racial discrimination back at home, before they speak up against it in the west, Masaba dropped some major truth bombs around the time of the #BlackLivesMatter campaign.

She said to Hindustan Times in one interview how, “Can we first take care of our ‘brown lives matter’ in India and then worry about the US?” and she wasn’t wrong in pointing out so. We as a community, board the train of what’s trending far more easily than the one that actually requires us to raise our voice against and drive some change. And if we can feel for one cause in the west, we can sure as hell feel for it just as powerfully and empathetically here in our own country.

Also Read : Masaba Gupta Wanted To Be An Actor But Was Told She Didn’t Have The Look For It. Is Bollywood Ever Going To Be More Inclusive?

She also said, “I find it bizarre that racism that is done so far away from home it is creating such an uproar. Look at the kind of racism people who are dark-skinned in our country has to face. The thing with us Indians is that if you say it ‘aise hi mazaak mein’, you think it will pass. In our culture, the idea of being fair-skinned is related to success. And we think that is the truth.”

Further accusing the industry of its inherent colourism, she said, “Unfortunately, the beauty, fashion and Bollywood industry are to be blamed. How many times do you hear that you have to be fair-skinned to land a certain role or an advertisement? It is easier for us to speak because it is not happening in our backyard.” After all, with all those bizarre advertisements for being fair and lovely, and only then beautiful, have conditioned our minds to think that beauty comes only in one form and any departure from that is an anomaly.

Going back to how she faced discrimination growing up, she said, “I had a really tough time in school. Everyone used to be like, ‘oh my god! Why do you keep talking about it? It is not a big deal’. The fact of the matter is that it is a big deal. I grew up thinking I was inferior to white-skinned people. And as a child, if you are conditioned like this, it becomes a part of your upbringing that you believe that probably because I look like this, I won’t get anywhere in life.” The joke’s on them, clearly.

Talking about how she thinks a change can be brought in the narrative, she said, “I believe we are a country where we think something is going to change when a Bollywood star or a cricketer comes out and says, ‘you don’t have to fair-skinned to be successful’. We don’t have any other heroes in our country. I am a designer nobody is going to give a damn about me. I am talking about actors who are veterans and if they come out and speak about it, then things might change.” And whether society changes its mindset or it’s a longer process, it will definitely be worth a shot.

Also Read : Masaba Is Making Her Acting Debut With Mom Neena Gupta In Netflix’s Masaba Masaba. This Is The Kind Of Reality TV We Want To Watch