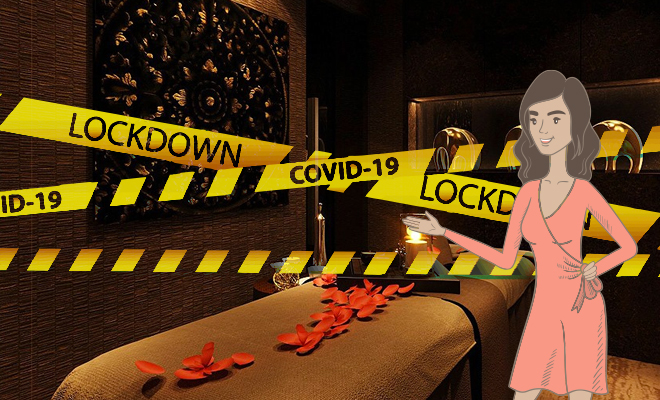 This Woman Opened Her Happy Ending Massage Parlour During Singapore’s Lockdown Period. She Had Her Reasons But…

It’s really sad when desperate times drive us to do things that we will regret later. This is a time when it aches to even think about those stuck in situations that make things even more difficult. The pandemic has brought us down to our knees as our health and finances are at risk. I have been really upset about my AC not working and having no means to buy a new one until stores open, I am fried. No, literally. This is me sulking about my first world problem. Because there are people who are struggling to find food. Businesses are drying up, migrant labourers are relying on the Government for basic necessities and people have lost their jobs.

But this woman in Singapore was forced to take an extreme measure because she desperately needed the money. Jin Yin was charged because her In-Style Beauty Salon failed to comply with Singapore’s circuit breaker period. This period is what they are calling the lockdown in Singapore – circuit breaker.

She was also charged because her massage business wasn’t licensed under the Massage Establishments Act. She had also advertised her business through an agent, who put the ad up on Locanto.sg.

So what made her risk her safety and those of others for this? She said she wants to plead guilty knowing that she has been wrong. But Jin Yin broke down and said her mother had cancer and she needed the money. Her mother passed away recently. Yin is planning to plead guilty in court on 13th May.

This can mean even more financial burden on her. For failing to comply with the circuit breaker, she can be either jailed upto six months or fined upto $10,000 or both. The unlicensed massage business and having advertised it can set her back by $10,000 or she can be jailed for upto two years or both. Apparently, she has more such charges on her record.

What is confusing her is whether humanity should win over safety. Should it be considered that she was looking for money for her mom’s treatment or does the fact that she put everyone’s safety including her own, be of paramount importance? It remains to be seen.

ALSO READ:A Pizza Delivery Guy Tested Positive For Coronavirus. We Recommend That Like Us, You Should Also Be Indulging In Ghar Ka Khaana