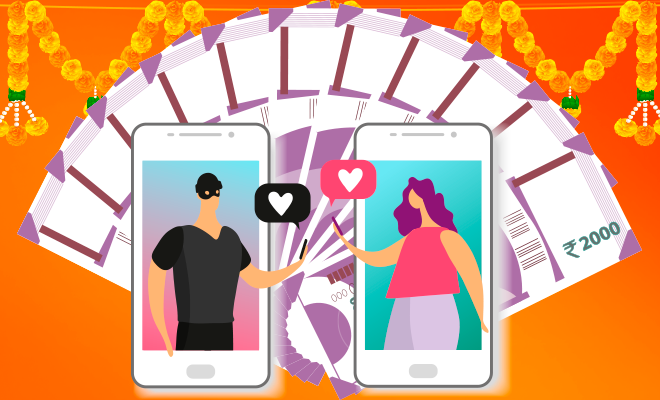 This Woman Lost Around 71 Lakhs To A Fraudster She Met Online Who Promised To Marry Her. We Need To Be More Careful

In today’s world, if you’re not smart and alert then anyone can fool you. Those who are rather trusting are taken for a ride by those who take pride in their fraudulent skills. Internet is a fun space for those who can keep themselves safe but for those who trust anyone and everyone, they can be victims of cyber crimes. It’s so easy to be anonymous or someone that you are not. I mean, nobody is really who they are what they claim to be on the web. And if you’ve ever been on any dating app, you will be able to vouch for that. The guy who claims to be an avid traveller in his bio probably has been to one holiday destination two years ago and still uses those pictures to lure women. Couples who claim to be so much in love on Instagram are probably banging other people in real life.

But none of it is as damaging as someone duping you of your money on the internet. It’s one thing to make me feel single af and another to break my bank. A 42-year-old woman who lost 71.5 lakh rupees to a cyber con artist has reason to be mistrusting.

She met a guy online who goes by the name Andrew Cohen and if we were to believe him, is a surgeon in UK. She found him when she was groom hunting last year and it was her sister who was able to get his contact details through his Instagram profile. They chatted and then went on to speak over calls. In fact, they even decided to take things forward.

Once she was in his trap, he decided it was time to start looting her. On 3rd January, 2020 he told her that he had sent her New Year gifts. The entire month of January she get receiving several fake calls from customs who claimed that the gifts have not been cleared at the Indira Gandhi International Airport in Delhi. They charged her fees to deliver the gifts and yet they remained undelivered. Then they told her that the gift contained foreign currency worth crores of rupees and she needed to pay tax to be able to get a hold of it.

The simpleton asked Andrew and he confirmed that he had sent the money. However, I wonder how she bought that lie considering he had been taking money from her to help cure his imaginary five-year-old son who has cancer. She suspected something is off only after she was set back by a whopping 71.5 lakh rupees! She filed a complaint with CID’s cybercrime wing and they have written to the respective banks to freeze the accounts.

Sometimes, I don’t understand how this is even possible. Like how can you trust someone you’ve never met? This is like a classic case of fraud and we cannot afford to be so ignorant.

ALSO READ: A Female Rapper Was Arrested In Saudi Arabia For Singing About Women, Their Beauty And Power. So Threatened By A Woman?

Earlier this year, a daughter of a former ACP got duped by a con artist she met on a matrimonial website. She lost 19 lakhs to him, a guy she never met. Another woman was conned in a similar way when her online friend from London sent her a Diwali gift that the fake customs officer refused to release. In fact, the fake officer told the woman she will get jailed if she didn’t clear the payment needed to dispatch the courier. She lost 7 lakhs to this scam. Maybe it’s time to taking things at face value and walking into scams like it’s your home.

ALSO READ: Spice Girl Mel C Opened Up About Developing Eating Disorders Because Of The Pressure Of Looking A Certain Way. Nothing Has Changed