This Woman Filed For A Divorce Because Her Husband Never Fights Or Disagrees With Her. It Sounds Crazy But It Can Be Frustrating 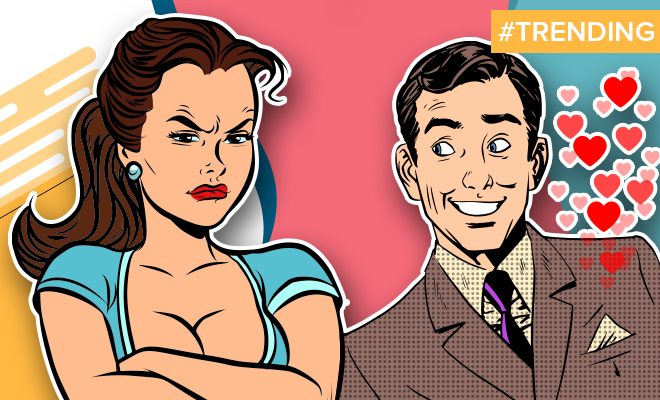 Ther have been a lot of adjectives thrown around to perfectly describe the year we are having. In my opinion, the word that describes 2020 best is, sadistic. Everywhere I go there is chaos and whoever I speak to is having a tough time catching a break this year. Although, I have realised that the social institution that has suffered most of the brunt during this difficult time is- marriage.

Fun fact: hundreds of couples in China have filed for divorce because they weren’t being able to cope with the coronavirus-induced quarantine period. Marriages everywhere, including our country, are falling apart. When I first found out about this, I was wondering why this was the case. If I was living with my boyfriend or husband, I would make the most of this time. But, it’s not that simple, is it? No matter how much you deny it, the fact is, after a point, it becomes difficult to be around one person all the time, even if you’ll are madly in love. What starts out has small conflicts turns into a full-on war which leads you’ll down the path of destruction, as all wars do.

Having said that, the absolutely bizarre divorce case we are discussing today is not about a war or conflicts. On the contrary actually. This woman is seeking divorce because her husband does not fight with her at all. In fact, he does not yell at her and helps her out with all household chores. Weird, huh? Although don’t judge her too harshly. It’s not as shallow as it sounds, trust me.

Wife seeks divorce from 'perfect' husband because he doesn't fight with her https://t.co/01jF8o062S

You see, a Muslim woman from Sambhal, UP approached the Sharia court and sought a divorce from her husband of 18 months. In her plea, she claimed that she felt suffocated because her husband never fought with her and she can’t “digest his love”.

She said, “Neither he (husband) ever shouted at me nor he ever disappointed me over any issue. I am feeling suffocated in such an environment. Sometimes he cooks for me and also helps me in performing household chores. Whenever I make a mistake, he always forgives me for that.” Further adding, “I wanted to argue with him. I do not need a life where the husband agrees to anything.”

Too much love doomed their relationship. I guess what they say is true. The key really does lie in balance. Although, I can see where she comes from. If I were with someone never argued or fought with me, I would be as frustrated as this woman is. Probably dump the guy too. It can get extremely suffocating, not to mention annoying, to be with someone who never disagrees with you.

Although not everyone agrees with that logic. The Sharia court clerk was baffled when the woman presented her reasons. He asked her if there were any other issues to which the woman replied saying there weren’t. The clerk then rejected the plea, calling it frivolous and asking the couple to resolve the matter mutually.

#UttarPradesh: The woman's husband has said he always wanted to keep his wife happy and urged the Sharia court to return the case.https://t.co/CMwL1PyYyI

The woman, after being rejected by the Sharia court, approached the local panchayat with her grievance. However, she found no luck there as well, and even the panchayat was stumped and couldn’t decide what to do in this matter.

The husband, in his defence, said that he loved his wife dearly and only wanted to make her happy. Awww, I feel a little bad for him now. Besides, isn’t it ironic that his mission to keep his wife happy is what wrecked their relationship? He has asked the Sharia court to return the case.

When I first read about this case, I was in two minds about how I felt about it. On the one hand, it seems stupid to leave a man who is doing everything to make you happy. Seemingly, he is the perfect partner. But, on the other hand, I kind of understand her frustration of having a husband who never voices his opinions or argues.

Anyway, to get a clearer perspective, I asked Team Hauterfly what their take was. Did they think she’s stupid to leave such a perfect husband or would they behave the same way she did? Here’s presenting the Hauterfly view, check it out:

Our Managing Editor, Mansi said, “I would be extremely suspicious of someone who never fought with me. Like what is your agenda and why don’t you have a spine? I understand love but this is like being married to an inanimate object. In fact, I would think he wasn’t invested enough emotionally.”

Hauterfly’s relationship writer, Akanksha said, “If your partner is not fighting with you at all, it will hamper your own personal growth. It encourages our crappy behaviour as we begin to expect even other people to not cross us. It makes you less habituated to criticism and opposing views. I would rather have someone to call me out when I am being an asshole than someone who makes me believe there’s nothing wrong with it.”

Also Read: Hundreds Of Couples In China Have Filed For Divorce Due To The Quarantine During The Coronavirus Pandemic. Wait, What!?!

Yep, that is something I would agree with as well. You can’t be married to a man who doesn’t fight or argue or even disagree with you. Either he doesn’t have opinions or the woman who filed for divorce has no flaws and is absolutely perfect. I highly doubt it’s the latter option because well, in the immortal words of Hannah Montana- Nobody’s perfect.

Our lifestyle writer, Sadhika said, “I think it depends on what she meant by “too much”. I wouldn’t want an obsessive partner, I would probably dump them too. But if it’s someone who doesn’t feel any fault in me and treats me like a shrine he prays to and never speaks up to, then I think I too would consider parting ways. At the end, you want peace, yes, but you also want someone who challenges you. Whose words, whose judgements you can trust. Who doesn’t just roam around blinded in your love. Because then that makes you feel mother-like, not so much as a partner or an equal.”

It’s cases like these that are a reality check. Relationships are complicated, there’s nothing you can do about that. But I think we can all agree that no one would like to be smothered and treated like porcelain. Being in love and being spineless are two very different things, don’t confuse them.