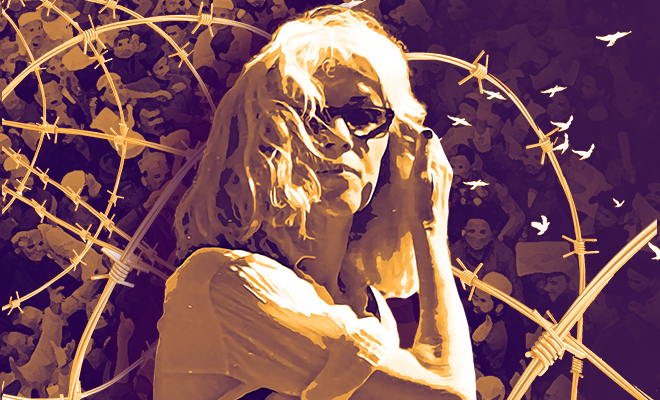 There’s Nothing Wrong With Tourists Being Asked To Leave For Participating In The Anti-CAA Protests. It Wouldn’t Be Allowed Anywhere

A lot of times, it so happens that in a fit of anger, we often lose perspective of what is right, wrong, important or even necessary. The pressure and the need to conform can be defining in these moments. Something that could be said about the current state of affairs of our country, as people protest, several reports of police brutality emerge and people struggle to place their faith in anything. Thousands have taken to the streets, as they rightfully should, and a few tourists and foreign exchange students have been part of these movement as well.

Spotted in the nationwide protests going on against the CAA, there have been cases of a few tourists taking part in the commotion, holding placards and fighting alongside the Indian citizens in this struggle for change. Now, while it seems like a brave and honestly, most human thing to do, to support the people of the country you’re in, it is also very meddlesome.

Also Read : We’re Glad Arundhati Roy Has Spoken At The Anti-CAA Protests. But Her Impassioned Speech Is A Little Irresponsible

As it so happened, the news of a Norwegian tourist, Janne-Mette Johansson being asked to leave the country on terms of her visa violation have emerged and people haven’t taken this piece of news really well including several major publications. But this has us thinking why there is such hue and cry about it. I mean, of course the country and the mindset of the people right now is rather volatile and on the edge, but foreigners marching against a government initiative that doesn’t concern them in anyway is a bit much, no?

The visa violation terms clearly state how any foreigner visiting India must be part of activities that are permissible by the government in context to the kind of visa obtained, be it a student visa or a tourist visa. And last we checked, neither of it allows for them to be part of rallies or protests against the government of the country that they are visiting. In fact, this isn’t just about India, but all across the world, no country supports outsiders furthering protests. So technically, we can’t blame them for escorting Janne-Mette or even the German exchange student who was also asked to leave the country, out.

Look, tourists should come to the country, should be treated well. They should partake in the culture, enjoy the weather and the food and the warm hospitality. They should visit the monuments, the museums, and talk to local people.  What you’re not allowed to do is walk over to a protest like it’s the Taj Mahal and click pictures to put up on your Facebook.

In a Facebook post shared by Janne-Mette, she mentions how, “A couple of hours back the Bureau of Immigration showed up at my hotel again. I was told to leave the country at once, or legal actions would be taken. I asked for an explanation and also something in writing. I was told I would not get anything in writing,” but this is self-explanatory in itself.

No country would ever allow outsiders to have a say in the political and internal affairs of their working, and we can’t really hold it against the authorities for coming down hard on these people. Technically, participating in something like this would attract a penalty or the tourists could have been detained but they’ve been ‘asked-to-leave’. But as educated and informed citizens, it is upto us to stay on course in this fight against the system. Let’s call spade a spade here.

Also Read : The Biggest Narrative Emerging Out Of The CAA Protests Is That Women Have Voices, We’re Fierce And We’ll Protest