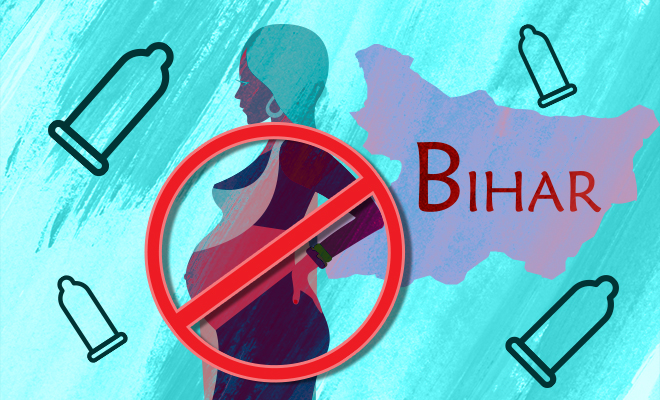 The Bihar Government Is Distributing Condoms To Migrant Workers. Pandemic Babies Might Be The Next Worry

I am not trying to be dramatic but it’s no secret, that the coronavirus has inflicted death, disease and destruction upon the world. But those are only the direct dangers that the virus has presented, what about all the collateral damage that it has caused? The migrant workers who can’t get back to their houses, women across the globe that have been left vulnerable due to lack of menstrual hygiene products, a surge in domestic violence, surge in unemployment, the list goes on and on.

Infected or not, this pandemic has touched the lives of each and every citizen and not in a good way. The reason that I am talking about the collateral threats that the coronavirus possess is that the Bihar government just took a much-needed step to try and curb one- a potential population explosion.

In order to ensure that there aren’t any unwanted pregnancies in these difficult times, the Bihar government is handing out free condoms to all the migrant workers. These condoms are being handed out to the labourers who have completed their 14-day quarantine and those are home-quarantine.

Also Read: Sex During Lockdown Between People Who Don’t Live Together Made Illegal In UK. Excuse Me, Indian Parents Always Considered It A Crime

A senior health department official said, “Migrant labourers are going to their homes after completing the 14-day institutional quarantine. Since there are chances of unwanted pregnancies, we properly counsel them and give them tools (such as condoms) to avoid unwanted pregnancy.”

He further added, “As a health professional, it is our responsibility to control the population. We have been taking the support of our health partner Care India to implement the initiative.”

It was made clear that these were merely family planning measures and it had nothing to do with the coronavirus. The fact that the world is seeing a surge in the number of unwanted pregnancies right now served as a base for this initiative.

The official said that these migrant workers will be handed out condoms until the quarantine facilities are operational. According to reports, these quarantine centres are likely to be shut down on 15 June since the government anticipates that by then all the migrant workers that are returning to Bihar would have reached there.

Health activists have been distributing out two packets of condoms at these quarantine centres, while ASHA workers have been going door-to-door handing out condoms to the people in-home quarantine.

Also Read: Netherlands Is Advising Its Citizens To Have Sex And Cuddle Buddies. Meanwhile, We Are Regrowing Our Virginity In This Lockdown.

The Bihar government has collaborated with an NGO named 'Care India' in distributing condoms and contraceptive pills amongst the migrant workers at all quarantine centres in the state since May 20.https://t.co/X1UUwZHM3w

However, it seems like these migrant workers aren’t very happy with this initiative. Their major complaint is that the government couldn’t provide food and working toilets at these centres so handing out condoms seems redundant.

One of the migrant workers told The Hindu, “When they couldn’t provide us proper food and clean toilets at the quarantine centres, they are giving us condom packets as return gifts with a rider to maintain social distance…what more ridicule can the government heap on us.”

On one hand, their plight makes sense, prioritizing food and sanitation. But on the other hand, India does have the world’s largest population, so…

All around the globe, governments are telling people to refrain from having sex and giving them a list of dos and don’ts to avoid unwanted pregnancies. The reason behind this is simple, these are crazy times, where we completely under lockdown, and it could mean that we end up facing a population explosion in 9 months. That would be way harder to curb.

And, if I don’t know if you have noticed but our country is already going through a population explosion, so at this moment a method for family planning is appreciated.

An UNFPA Study Shows That The Coronavirus Crisis May Lead To Unwanted Pregnancies And More Cases Of FGM. This Is Worrying