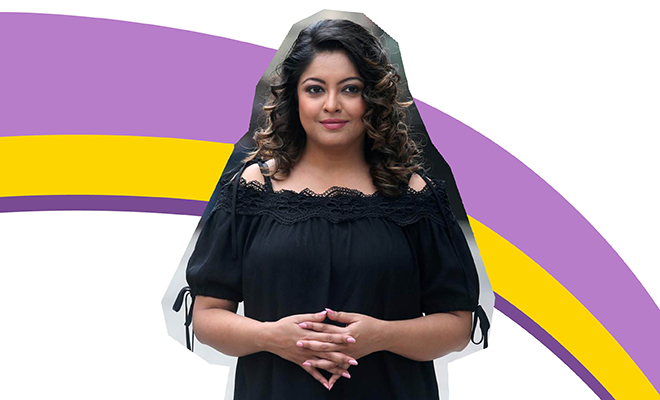 2018 was an important year. It was the year one of the most powerful and most needed causes took form and grew into the movement it is now – the #MeToo movement. A movement that gathered momentum in India after actress Tanushree Dutta re-opened an old case against Nana Patekar, who allegedly sexually harassed the actresses in 2009 on the sets of ‘Horn OK Pleass’.

Once the fire was ignited, names were dropped and heads rolled across categories –  from fashion to Bollywood to media – it felt like it was time to deliver justice. The rage and social awakening that came along with the names was not just sentimental but almost cathartic.

Tanushree Dutta, the flag bearer of the movement, stood her ground while allegations against her flew thick and fast. Now, she’s taking it a step further with the  release of her short film – Inspiration, which will bring forth the stories of women who have been exploited in showbiz.

When asked about the film, she commented, “It deals with the issue of wilful exploitation of young newcomers in showbiz or any other field where they don’t have mentors or guidance.” She also said, “I wrote the dialogues, inspired by my own insight and understanding on the matter. I was excited to face the camera after nine years because this time, I was not only entertaining but also imparting wisdom to the misled and unfortunate.”

The teaser trailer of the short film starts with Tanushree’s voiceover that talks about how if you’ve shown courage once in your life, you’ll show courage every single time as well because this world is a place only fit for people with brave hearts. And we stand behind the idea, cent percent.

The movie is due to release on the most fitting day as that on International Women’s day o March 8th and shall see Tanushree in the role of a guardian angel, a role she plays in real life as well.