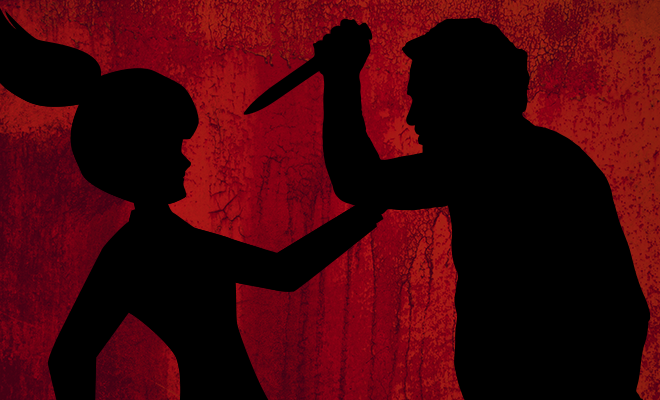 Tamil Nadu Man Slits Estranged Wife’s Throat, Then Runs Her Over With His Car. It’s A Barbaric Act Of Violence

I grew up on an unhealthy dose of shows like Crime Patrol and Saavdhaan India. And the one thing I learnt from those stories was that some people are just downright monstrous and vile. During this pandemic, crimes against women saw an enormous surge. But alas, it seems like the authorities are a tad pre-occupied to listen to the woes of women. The case we are discussing today is ghastly and violent. In Tamil Nadu, a husband slit his wife’s throat and then ran her over with his car. It’s disturbing and frankly, barbaric.

This shocking incident occurred on Friday at Madurantakam in Tamil Nadu’s Chengalpattu district. 35-year-old Dr Gokulkumar, who was working at SRM Medical College and Hospitals, went to his estranged wife’s residence. Their discussion turned violent and he slit her throat and then ran his car over her body. This is another level of cruelty.

According to reports, about six months ago, the accused, Dr Gokulkumar, lost his job due to the pandemic. It was around the same time that his wife of three years, 32-year-old Keerthana, left him as well. On the day of the incident, he showed up at the victim’s residence and soon chaos ensued. Dr Gokulkumar slit Keerthana’s neck. Upon hearing her screams, her parents came to see what had happened and he allegedly assaulted them as well. The accused then dragged his wife’s body onto the street and ran her over with his car and then fled the scene.

Also Read: In Haryana, A Woman Murdered Her Four Minor Daughters Because She Was Frustrated She Couldn’t Have A Son

A police officer from the Madurantakam station in Tamil Nadu said, “They had problems as far as understanding went in their relationship, and the victim came back to her parents’ house. The accused meanwhile was unemployed. Keerthana fell unconscious after her throat was slit and her husband dragged her body out to the street. He then got into his car and ran over her.” He further added, “She would have died either way from the neck injury because it was really deep. He still ran over her.”

Keerthana’s parents rushed her to the hospital where she was declared dead by the doctor’s. Meanwhile, Dr Gokulkumar’s car hit a median near the Achirapakkam toll plaza causing the car to overturn, trapping him inside. He was rescued by the police who later found out he had murdered his wife. He has been booked for assault and murder.

We don’t know all the facts of the case, such as what Dr Gokulkumar’s motive to kill his wife was. But if countless hours of writing about crimes like these have taught me anything, it’s that most probably he raged out because Keerthana bruised his vanity by leaving him. But hey, that’s just speculation. Honestly though, how vile does a person have to be to first slit someone’s throat, leave them bleeding heavily, and then run over them? It’s horrifying. This crime just tells us that women are never completely safe, not even in our own homes.