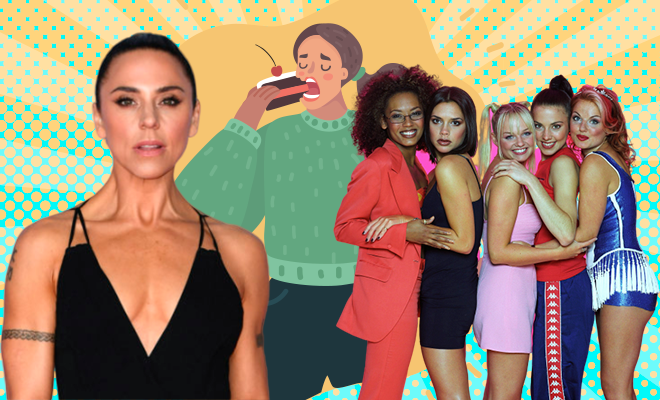 Spice Girl Mel C Opened Up About Developing Eating Disorders Because Of The Pressure Of Looking A Certain Way. Nothing Has Changed

We have all, and sadly at that, been raised in the kind of a society where even though we are taught about not judging a book by its cover, we are required to go about life doing just that. Appearances mean more than substance or personality and superficial living has taken over the simpler things in life. From brands selling us lies in the name of beauty products to us working day in and day out to tone down to a size that is slightly more ‘acceptable’ in the society, the pressure to look a certain way is as immense as it is toxic, and corroborating the same is the Spice Girls singer Melanie Chisholm.

Having recently admitted to the fact that being a part of the Spice Girls crew came with a lot of pressure both on physical and mental health, she opened up on Desert Island Discs and said, “I read about myself and wondered who that person was. We were in our early 20s, so I was kind of wondering, “Who am I?””

She continued saying, “I was portrayed as quite gobby, quite boyish, a bit of a tomboy. I am sporty and athletic, but I am quite soft and gentle really. It was confusing. I was described as the plain one at the back that doesn’t really do much, doesn’t really say much. That’s really hurtful when you’re a young, aspiring pop star. So I tried to make myself perfect. I ended up making myself really ill. I was anorexic for a few years. I was exercising obsessively and I ended up being incredibly depressed.”

The obsession to look perfect, be perfect has taken over the society to such an extent that women find themselves under-confident, unsatisfied and always working to comply to the unfair standards set by the society and it has come to a point where we are almost on the verge of killing ourselves over it.

Mel, who later struggled with a binge eating disorder admitted to how it took her so much longer to even realise what she was suffering, for she could no longer take care of herself anymore. She said, “I went to my GP and I was diagnosed with depression. It was such a weight lifted off my shoulders. It was a relief, because it was like, ‘Oh my god, there’s a name for it and I can be helped.’”

And to think of how one of our favourite singing sensations, whom we all have grown up listening to and looking up to, has had a such a struggle in life, all to try to fit herself into a definition of pretty and acceptable set by the society, is not only heartbreaking, it comes across as a reality check. And not just her, a lot of Bollywood stars too have often find themselves struggling to comply to the norms and requirements of the entertainment industry that puts places looks on a pedestal and has little or no respect for talent.

Guess there is a great need for a perspective shift here, because at the end of the day, people remember you for who you are and not what you look like. It’s about time we remember that.

Also Read : Yami Gautam Says She Is Glad The Definition Of Beauty Is No Longer Limited To Fair Skin. It’s Funny She Should Say It!