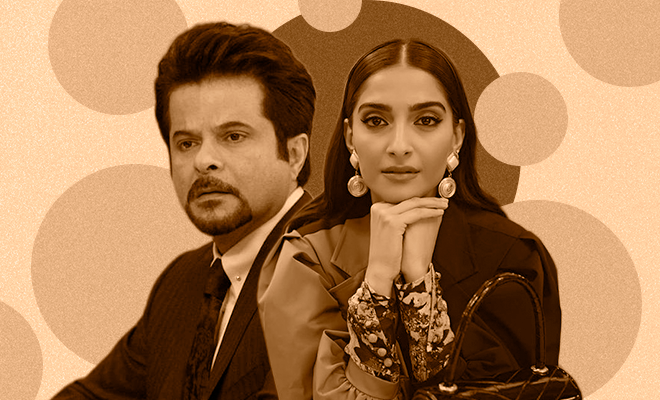 Being successful or being famous, has always come at a cost for everyone. And when you’re talking about Bollywood, the cost comes in one of two ways, either in terms of struggle or in terms of flak. Struggles for the ones who are trying to make it into this industry fair and square, with no one’s connections to help them get ahead, and flak for the ones who get an easy pass in, courtesy nepotism. But bear the cross of negative comments you must, no matter what side of the fence you sit on. Something that actress Sonam Kapoor Ahuja recently reminded us of when she lost her calm at a troll who came at her and once again fuelled the nepotism debate.

Also Read : Siddhant Chaturvedi Slayed With His Response To Ananya Pandey’s Entitled Speech. But What Was That Ananya?

Just a few  days ago, we got to see an interesting mix of Bollywood debutants at the roundtable with Rajeev Masand that included names from the industry like Siddhant Chaturvedi, Tara Sutaria, Ananya Pandey, Vishal Jethwa, Geetika Vidya Ohlyan, Abhimanyu Dassani, and Saloni Batra. And among the many things that were discussed, laughed and talked about, one that was bound to sneak its way into conversation was the topic of nepotism. Stirring the roomful of newbies about the age old debate over the nepotistic ways of the industry, Ananya Pandey was one to take the lead by speaking about all the kind of ‘struggles’ that she and her father have faced. Of course, it was an entirely entitled speech and one she got plenty of brickbats for; and was shut down by Siddhant Chaturvedi of the Gully Boy fame.

You see, keeping aside the fact that Ananya probably did not gauge her words well before saying it, we can’t also ignore that it isn’t all that easy for them either. A point that was made very clear by a very annoyed and apparently so, Sonam Kapoor when she was probed by a troll on the topic.

Are you mental? . Privilege is our parents hardwork, Who worked their whole lives to give their children everything. Why do people insist on shaming their children and their parents for it. Just pray that this doesn’t happen to your kids.

A tweet that has now been deleted by the twitter user, that insinuated how nepotism runs deep in the industry, pushed Sonam to finally speak up as she wrote back saying, “Are you mental? . Privilege is our parents hardwork, Who worked their whole lives to give their children everything. Why do people insist on shaming their children and their parents for it. Just pray that this doesn’t happen to your kids.”

And come to think of it, she wasn’t wrong here. If it were for us who were born in a family with connections, we too would have not passed up an opportunity to get a foothold in the industry. A fact that we conveniently keep forgetting, and there is only so many times that even the stars would also take it. Rubbing their lineage in their faces, when they too try to keep the family name up, with more pressure, is not all that rosy as it seems. And for that, we probably owe them a little respect.

In 4 seconds, #SiddhantChaturvedi summed up the struggle of outsiders and the upper hand celebrity kids have in the film industry! Acknowledging where you come from and being real about it is so important! #TheNewcomersRoundtable2019 #Bollywood pic.twitter.com/mP6ZMeMneX

No matter where you come from, you have to prove your mettle in the industry and having a fancy surname attached would only take you so far. Of course they might get more chances than anyone else, but constantly holding it against them is bound to get on their nerves, as it did with Sonam. Because no matter how thick skinned or how successful you are in the industry, putting in just as much as hardwork as others, you’re bound to get criticised for it, because people then place you under constant scrutiny.

So for that, we understand where Sonam or even Ananya come from when they say the struggle is real for them too. Different, but real. After all, it’s true when they say, there are no free lunches in the world!

Also Read : Sara Ali Khan Dodges The Word Nepotism But Talks About Dealing With The Pressure Of Being A Star Kid And She’s So Positive