Saudi Woman Wins The Title Of Holding A Guinness World Record For The Largest Coffee Painting. And Yet, There Isn’t A Single Picture Of Her 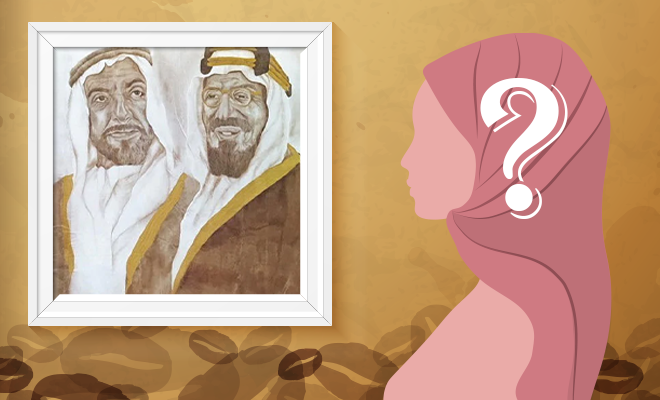 Up until now all the articles that I have written about Middle eastern countries like Saudi Arabia, Iraq, Israel, and more, have involved me talking about either the women’s rights violation or the horrible conditions they always spent their lives in. For the most part, I am either reporting on cases of domestic violence, or a breakthrough declaration of something as basic as women being given the right to hold a driver’s license, you can understand why I am not particularly excited by the thought having to write about women from these parts of the world. However, that is not what happened this time, as a Saudi female artist became the first woman from the country to achieve a record title of creating the world’s largest coffee painting.

Coming across as a breath of fresh air, this news that celebrates the global achievement of a woman from Saudi Arabia, had all of us cheering on. Ohud Abdullah Almalki used coffee as her weapon of choice, to paint the magnificent and record breaking painting, that illustrated renowned leaders from the kingdom and the United Arab Emirates.

The piece, that is 220 square metre that rounds up to almost 2,370 square feet, took Ohud almost 45 days to complete. She shared, “It took me 45 days of continuous work to complete, under the watchful eyes of two witnesses, video recording and drone footage,” and considering how pressurizing yet exciting that period must be, to create something as big as this, is pretty telling of the effort that has gone behind her art.

The artwork that has been titled ‘Naseej 1″ translates into ‘woven together’, and was created using seven connected cloths on a piece of canvas in the Saudi City of Jeddah. The entire portrait is bordered in the traditional “Al-Sadu” style of Bedouin decoration. It shows the robust image of the founding fathers of Saudi Arabia and the UAE, namely the late King Abdul Aziz bin Saud and the late Sheikh Zayed bin Sultan Al-Nahyan, respectively.

Below the grand image of these leaders, comes a smaller portrait of two leaders from other gulf countries. When asked about her choice of painting, she said, “My aim is to remind the world of the centuries-old entente between the two nations.” She also went ahead to share, that besides hoping to bring peace between the two nations, she yearns that her accomplishment shall, “contribute to empowering the women in Saudi Arabia and beyond.”

Who Is Ohud Abdullah Almalki?

What is surprising and quite worrying is that this news is being covered by magazines and newspapers everywhere and while we can all see and appreciate the painting, Ohud remains mysterious. There isn’t a single picture of her (covered, if she must) or even painting the picture. Sure, we can appreciate the artistry and the wonderful work she has done, but as women, we are disappointed that despite setting a world record, except her name, she remains relatively unknown. And perhaps that is where Saudi Arabia continues to do a great disservice to the women, by putting their name out there, but keeping them unknown.

But hey,  considering this is the first time a woman from Saudi Arabia has ever made it to the Guinness World Records, we think she’s already set the ball rolling in her vision to contribute to women empowerment i

Also Read : A Woman In Saudi Arabia Was Allowed To Live And Travel Independently. It Is A Big Deal. Here’s Why