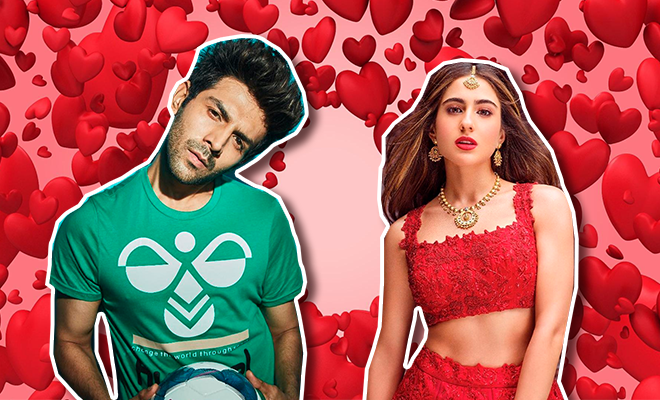 After being spotted together at airports, secret dinner dates at Lucknow and even seen holding hands in the car, it is obvious by now that there is something cooking between the ‘rumoured couple’, Kartik Aaryan and Sara Ali Khan. It is quite evident that they are more than just friends though they won’t confirm or deny anything. When Kartik Aaryan was at a brand shoot, he took outfit and styling suggestions from Sara Ali Khan.

“Sara was away shooting in Himachal Pradesh for a long time for Love Aaj Kal. She would Facetime with her mom daily as and when she was free. Even Kartik Aaryan would join in the conversations at times. Amrita Ji did not mind and would chat with him as well,” Bollywood Life was told by a source. We are always excited about a romance brewing and if the parents are in on it, that’s just an added bonus.

Also read: Kartik Aaryan Protecting Sara Ali Khan From A Mob Of Fans Is Him Being Protective Boyfriend Or Just A Good Guy?

On the professional front, apart from their film Love Aaj Kal 2, Kartik Aaryan will also be seen in Pati Patni Aur Woh alongside Ananya Panday and Bhumi Pednekar. While Sara Ali Khan will be seen opposite Varun Dhawan in Coolie No. 1.