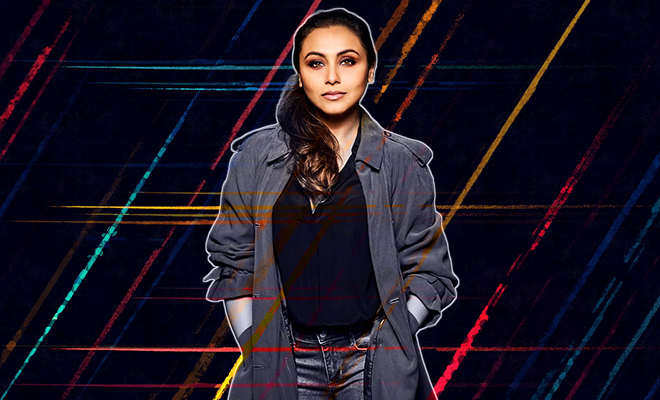 Rani Mukerji Opens Up About Being Voice-Shamed Early On In Her Career. Seriously, Bollywood?

We are a talented bunch. And by ‘we’, I mean almost all of us, who at one point or the other have shamed others for being exactly who they are. Be it their complexion, their accent, their clothes or anything at all. And it’s worse if you are a woman. And it’s the absolute worst if you’re a woman in showbiz. In Bollywood, pretty much everything can be right with you and still be wrong with you- from your weight to your breast and you won’t believe it, even your voice.  Mardaani actress Rani Mukerji recently opened up about the struggles she faced during the early stages of her career and you’d think it would be about her looks (which would be stupid but believable) but apparently, Rani did not fit into the ‘beauty I would like to fuck’ category because of her voice.

Known to have ruled Bollywood at one point, giving hits after hits and making up the prettier half of some of the most iconic pairs in the history of Bollywood, Rani Mukherjee has more often than not lived up to the true meaning of her name. But turns out, it wasn’t all that pink and rosy for her, as she recently spilled some beans about the kind of hardships and shaming she has had to face in the initial years of her struggle as an actress.

Also Read : Sabyasachi Gets Trolled After Rani Mukerji And Ranveer Singh Are Spotted Wearing The Same Kurta. We Love How Unisex His Clothing Is!

During one such conversation about the promotion of her upcoming film Mardaani 2, Rani Mukherjee looked back at her time and said, “At the time I started doing films, I don’t think there were actresses who had a husky voice like mine. They were all quite sweet and shrill. I never had a sweet voice and it was very different for an actress to have such a voice, especially for a debutante. Raja Ki Aayegi Baraat was my own voice. But in Ghulam, my voice was dubbed because collectively, the team felt my voice wasn’t good enough for the role. I had to sacrifice my soul and voice for my part in Ghulam.”

And mind you, this was back in 1996, which we used to call ‘simpler times’. She further went ahead to add, “Luckily for me, there was somebody like Karan, who was debuting with Kuch Kuch Hota Hai. He came up to me and said, “I heard your voice is getting dubbed in Ghulam, because Ghulam and Kuch Kuch Hota Hai were happening at the same time. I told him they believed my voice was not good enough and it’s okay. I told him I dubbed for the first film. He said he loved my voice and wanted to maintain my voice in the film. Thanks to him and that Kuch Kuch Hota Hai was such a mainstream film, and a big blockbuster, that people accepted my voice in the film. Somehow, my voice has become my identity today.” And to that, we agree.

Today Rani Mukherjee is not just an actress, she is a brand. She is a lucky charm, a voice of reason and a strong female actress who has carved a niche by doing films that are unconventional and equally important to be made. If it weren’t for her own conviction in her abilities, and of course that support from KJo, Bollywood might just have missed a fabulous actress like her.

But if we think about it, today too, nothing much has changed in the industry. Actresses are still shamed, if not for their voice then for their body or complexion or accent or what not. But it needs to stop and it needs to stop now. It is time, Bollywood learns to look past its stereotypical definitions of beauty and perfection and accepts talent in every form. As for Rani, she is currently awaiting the release of her upcoming movie Mardaani 2 that will see her play the recurring role of a cop named Shivani Shivaji Roy, chasing down a serial rapist.

Also Read : Mardaani 2 Is Facing Backlash For Maligning The Name Of Kota. Seriously Guys, That Is What You Decide To Take Away From The Trailer?