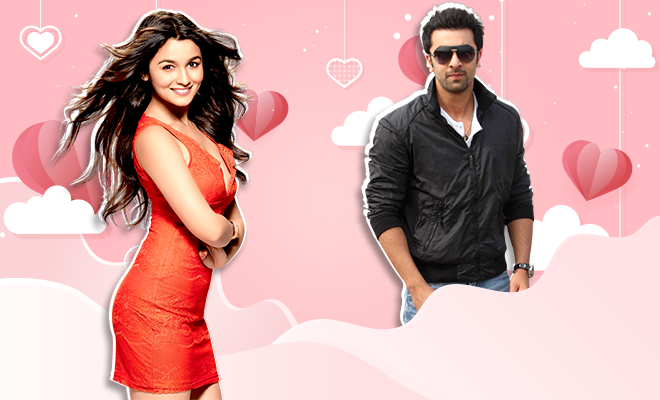 Ranbir Kapoor Was There For Alia Bhatt When She Was Heartbroken. Don’t Go By His Disinterested Look, He Does Care For Her.

We’ve grown up with one concept deeply ingrained in our system – if you work hard, you will succeed! I don’t blame our parents, because that’s how they got us to study well in school. Okay, maybe it was the enticement of the rewards or possibly the fear of a scolding that made us study. But it was also that. However, when we graduate to the tougher, realer portions of our life, we realise that it’s not quite that. Like in the movie Chhichhore, the kiddo attempts suicide because even though he worked hard for the entrance test, he couldn’t make it. Because like him, there are several thousands of students who worked hard, but only a few make it. So when Alia Bhatt shared how she felt disoriented after her movie Kalank flopped, we could completely relate.

She said she was heartbroken, because like the rest of the cast including Aditya Roy Kapur, Madhuri Dixit Nene, Sonakshi Sinha, Sanjay Dutt, and Varun Dhawan, she too had put in a lot of hard work into the film. “Strangely, I was really ok the day it happened. I had seen the film a day before and I knew in my head what was going to happen. Though I didn’t think it will be going to be hit by a truck. Later on when I thought about it, what really broke my heart was that I always in my head had this idea that if you work really hard, it’ll always pay-off. But it didn’t. That felt scary.”

In that phase, it was Ranbir Kapoor who lent her his ears, shoulder and words of wisdom. “He said, you put in the hard work, it doesn’t have to pay-off immediately. It’ll pay off in your life, someday. That’s what it means to be a hardworking actor or a person. Someday the goodness will come to you in another film. My job is to put in the hard work. I believed in the film, it didn’t pan out the way we wanted to, I felt bad about it for a few days but I had to focus on my next,” Alia revealed. Well, the movie flopped but Alia learnt two things out of this – one that hard work doesn’t guarantee success and two that her boyfriend is really there for her. Don’t go on his disinterested expressions; it’s just his face.

ALSO READ: Ranbir Kapoor’s Girlfriends May Change But His Disinterested Expression Is Constant. Why Though?

On the work front, Alia Bhatt will next be seen in Karan Johar’s Takht.

Alia Bhatt Just Spilled Secrets About A New Tattoo She Might Get And It Has A Connection To Ranbir Kapoor. Find Out!(Opens in a new browser tab)

Kartik Aaryan Ditched A Work Commitment To Spend Time With Sara Ali Khan. And They Say They Are Just Friends!(Opens in a new browser tab)