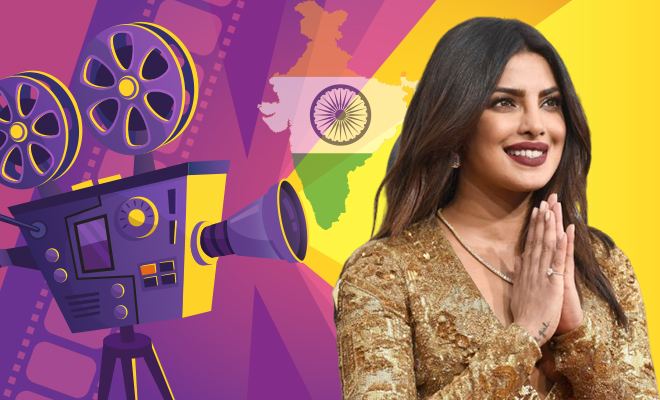 Okay guys, here is the thing- Indians have been stereotyped in the West for far too long. We are still thought of as snake charmers, compared to Apu from the Simpsons or Raj from Big Bang theory. They think Slumdog Millionaire is based on the life of every Indian and they believe the fact that we are all super smart (How I wish that were true though!) These stereotypes are very apparent in the way we are portrayed in Hollywood movies and shows too. How many times have you seen an Indian doctor or an Indian cab driver or an Indian playing some ridiculous sidelined role with that accent that sounds nothing like us?

But all that changed to a certain extent when our very own Priyanka Chopra made her life-changing jump from Bollywood to Hollywood. She was already a megastar after working in Bollywood for almost two decades. But when she moved to Hollywood and broke into the global industry there, she accomplished something no other actor or actress from our country has been able to do, at least successfully.

Along with paving her own path, she also set the ball rolling to change the way people around the world perceived Indians. Quantico, the show on which she played the protagonist Alex, has been her greatest achievement there. She has also starred in mainstream movies I mean you would think after doing nationally acclaimed movies like Fashion, getting jobs in the West would be easy. But nope, PeeCee said she struggled too as it was all too new, and she was trying her luck. Which paid off quite well might I add!

Also Read: Priyanka Chopra Talks To Us About The Sky Is Pink And Reveals What The Story Behind The Title Really Is

In a recent interview, she said “When I went to America, there wasn’t a precedence. I didn’t have a road map to follow because there was no one who had done it before. I had to figure it out, walk into rooms, introduce myself, say ‘I am an Indian actor, my name is Priyanka Chopra, these are the kind of films I want to do’. I demanded playing leading ladies, instead of having parts which were the stereotype of what a Bollywood actor would usually get. Those also came to me, but I was very clear about what I wanted to do.”

Can you imagine starting your career all over again after nearly 20 years? It is daunting to even think about it. But what I found really great was that she stood her ground and waited for a role that she thought would break the box that Indians are usually put into there. Kudos, PeeCee!

Also Read: Priyanka Chopra Is All Praises For Shonali Bose, Says Gender Doesn’t Define Talent And We Completely Agree With Her

In the same interview, PeeCee revealed her dream goal. She began by saying that on the streaming platforms there, Bollywood has been reduced to a mere genre and that is what she wants to change. She says, “I dug my feet in, persevered and did what I needed to do. I am so glad and hope through me… it’s my life’s dream that Indian cinema becomes global. We are one of the biggest movie industries in the world, and we have been reduced to a genre? If you look on streaming services, you will see ‘horror’ ‘comedy’ ‘drama’ ‘Bollywood’. Bollywood is not a genre, it’s an entire industry! It’s my life’s dream to see Indian cinema and artists take over the West.”

If you think about it though, our Desi Girl has made a significant impact by clearing the path for change. And with the way things are going, very soon her dream of seeing Indian actors in mainstream global cinema might just come true! *Fingers crossed* She is after all the most followed and searched celebrity online, if there is anyone who can pull off something like this, it would be her!

PeeCee further talked about how she felt her dream coming true when she and Mindy Kaling struck a deal of a lifetime. She said, “To me, it was a massive achievement when Mindy and I walked into Universal Studios, came out with a deal for an all-Indian star cast in a Hollywood movie, in a romantic comedy! That’s never happened in a mainstream rom-com! I remember, we came out, held our hands, we couldn’t believe it. It took us fighting the fight. I am hoping to be able to create so many more opportunities for Indian actors in my small way. I am obviously not saying I can change everything. But in my small way… that’s my quest.”

Is that really happening? OMG now there is one movie I can’t wait to watch!