Neha Dhupia Talks About Weight Gain And Breastfeeding. We Love Her Body-Positive Attitude 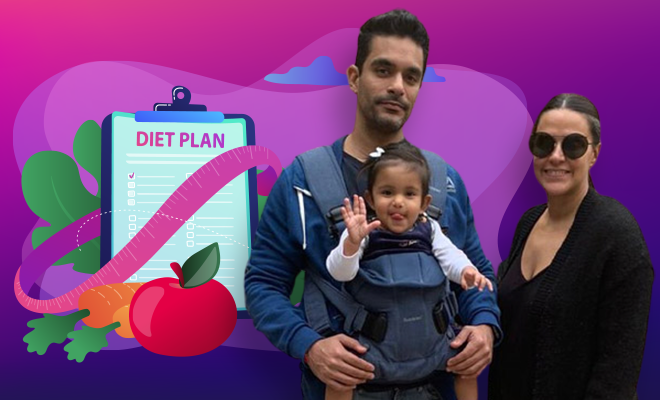 Unpopular opinion: It’s a good time to be alive. Yes, there is widespread poverty, disease, war and everything else that makes you feel like an apocalypse is near. But on the plus side, the world is also changing for the better. For instance, a few years ago, women talking about breastfeeding and post-partum weight gain in public would’ve been criticized and the woman would’ve shamed. But now, these topics that were once considered a giant taboo are being debunked and we are loving it. There is nothing remotely wrong with breastfeeding in public or gaining weight and this is the conversion, around body-image, actress Neha Dhupia is trying to keep alive.

Last year, Neha Dhupia and her husband Angad Bedi welcomed their daughter Mehr. Ever since then, she has been championing body positivity and keeping it extremely real. In an old post on Instagram, she spoke about how after gaining 23 kilos during her pregnancy she was afraid of losing jobs. If we are terrified of putting on those extra kg’s, it must be hell for actresses whose bread and butter depend mainly on their appearance. However, Neha is all about body positivity and self-love and we love it.

Recently, Neha talked about how she refused to let society’s ideals interfere with her recovery. She said that her husband didn’t pressure her to lose the weight and her recovery has always been about self-love and self-care. This is a message, I believe, everyone needs to hear.

She said, “Women — not men or the media — control the narrative around their bodies during and after pregnancy. I put on 23 kilos after I gave birth to Mehr, but I refused to let society’s ideals dictate my recovery. My husband (Angad Bedi) applied zero pressure on me to lose the baby weight. During my recovery and up until now, I’ve always given myself self-love and self-care. I’ve only just started dropping the pounds, but I’m okay being curvier too. I accept what my body wants to be.”

We live in a world where we are continuously held to impossibly high beauty standards. It’s only now that people have started to understand that “thin” and “beautiful” are not synonyms. Besides, post-partum weight gain or any other conversation that revolves around a woman’s body is not up to to a man anyway. Which is why Neha’s body-positive attitude is something we all need to adopt.

Also Read: Neha Dhupia Talks About Weight Gain And Insecurities And How She Was Worried About Losing Her Job. She’s So Real

Moving on, she spoke about another topic that has been surrounded by taboos- breastfeeding. I have never understood why the entire concept of a mother breastfeeding her child in public or even talking about it is so frowned upon. But it is what it is and the only way to move past these stigmas is have a continuous dialogue. And that’s is exactly what Neha is trying to do, keep the conversation going. She spoke about being lucky enough to be able to breastfeed her daughter in a safe environment but how not all women have the privilege of doing so. Neha said that she is trying her best to not let the conversation die down. And sometimes, that’s all you can do.

Neha said, “I’ve been lucky enough to find safe spaces in hotel bathrooms or someone’s house or a trailer to breastfeed (her daughter) Mehr. But there are women, especially in rural areas, that are still grappling with such nuances, and struggling to talk about it. I’m not the first person to speak openly about breastfeeding. There have been others who have blazed a trail before me. But what I’ve tried to ensure is that the conversation doesn’t die down. It’s okay to talk about it, or be nervous, or even confused, but it is not okay to be apologetic about it.”

We, as a society, need to learn to move forward and let go of all the negativity. And by that, I mean of course, towards others, but mainly towards ourselves.