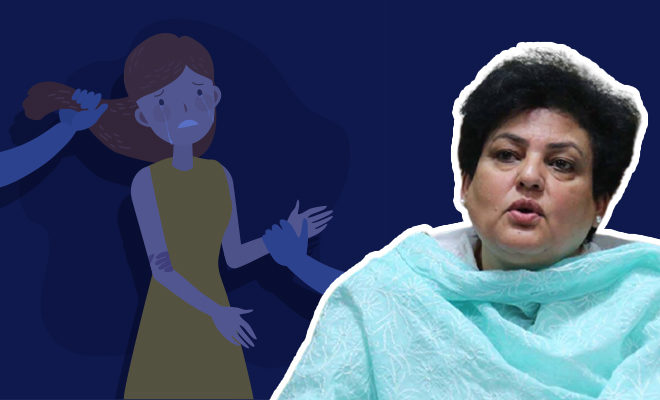 I often think about how easy it would be if our country had adequate protection for women and possibly some sense of gender equality. Right now, this seems like a distant dream at best. Of course, it’s possible and sometimes it does feel like we are on the right path. But the ugly truth is that our government would rather turn a blind eye to growing violence against women than go to the root of the matter and save women. They love their misogyny a little too much. In states like Rajasthan, cases of violence against women have surged so high that the National Commission for Women (NCW) chairperson, Rekha Sharma, had to call a meeting with the Rajasthan Director-General of Police to discuss women’s safety. Well, it’s high time someone noticed the way women are getting slaughtered every day.

Rajasthan is one of the most unsafe states for women. It’s right up there with UP and Haryana. Over the last few months, there have been reports of numerous rapes. If that wasn’t enough, our politicians, the people that make up the government in charge of women’s safety, are too busy finding ways to sweep it all under the rug. So, it’s no wonder that it has come to this. The NCW chief said that the police is involved after the crime has already occurred. But it’s the state governments job to take precautionary measures. We agree with her. I am wondering though, why did the state government need to NCW chief to spell out their job for them? This should raise a few eyebrows.

After the meeting with the DGP, the NCW chairperson told ANI, “The police work when a crime happens but prevention of such crimes is the responsibility of the state government. I believe the state government is lacking in doing so. My office is trying to make an appointment with the chief minister to discuss the concerns about such incidents. The state government has to work on social issues for women. There are several things that need to be monitored by the state government and not by the police. Police can only work on its level.”

Further, Rekha Sharma highlight that there is a lack of communication between the NCW and the Rajasthan government. She emphasized the need for a state commission and also pointed out that several cases of violence against women did not reach the NCW. Rekha Sharma said, “The information about several cases that have been registered by the police did not reach us. Also, there is some communication problem at the Superintendent of Police- level so we will try to send the copy of reports directly to the DGP regarding the complaints reported to us.”

Our government needs to do better on the women’s safety front. They need to get rid of all the misogyny clouding their judgement and see that everyday women are being brutally raped and murdered. It’s high time that they did more than put faulty initiatives in place. We need women’s safety and we need it now.

In Rajasthan, At Least 9 Men Raped This 15-Year-Old Girl Over A Span Of 8 Days