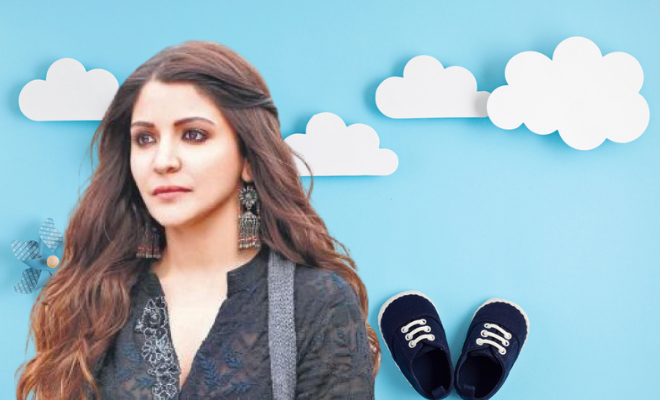 Mommy-To-Be Anushka Sharma Talks About The “Privilege” Of Having A Boy And Calls It Myopic. Her Message Needs To Be Heard

Female foeticide and female infanticide are two very unfortunate truths about our society. We may think that after all this time and awareness, heinous acts like these must’ve died down but we’d be sorely mistaken. It’s no secret that people prefer having sons. It’s a symbol of honour while having a daughter is nothing but a liability. Actually, it’s all rubbish. The only difference between having a son and daughter is in your upbringing. This is exactly what Anushka Sharma is talking about in her recent heartfelt Instagram post. She talked about how having a son was not any more of a privilege than having a daughter. Her message needs to be heard, understood and registered by thousands of people in our country.

In the wake of the Hathras gangrape, there has been a lot of conversation surrounding this particular topic. It’s not about whether you have a son or daughter. It’s about what you decide to teach them. Society will have you believe that sons are perfect but it’s important to teach your daughters about dressing appropriately and keeping her head down so as to not attract unwanted attention. The truth is, more than anything we need to school our boys. We are failing daughters because our sons have never been taught that women are not playthings or property.

Anushka Sharma’s message talks about exactly this. Calling it a “myopic vision”, she says that having a son is not more of a privilege than having a daughter. Then she goes on to say that the only privilege that comes with a son is in raising him to be kind and respectful of girls.

Also Read: A BJP MLA From UP Says Rapes Can Only Be Stopped If Parents Teach Their Daughters “Sanskaar”. It’s Time We Hold The Men Accountable.

Her Instagram message read, “Of course, it’s no more privilege than having a girl child but the fact is that this so-called privilege has been viewed incorrectly and with an extremely myopic vision. The only ‘privilege’ is that one has the opportunity to raise a boy in a way that he respects a girl. That’s your DUTY as a parent to society. So, don’t think of it as a PRIVILEGE.” Further adding, “The gender of the child doesn’t make you privileged but it is actually the responsibility you owe to society to raise a boy so well that women feel safe and protected.”

Anushka Sharma really spoke our minds. For too long boys have been revered while daughters have been confined. The system does not work. I am very glad that she decided to raise her voice about this. Far too many people don’t understand this. It seems like common sense, doesn’t it? I mean, take Surendra Singh for instance, the BJP MLA who said that if girls are taught sanskaar, they won’t be raped. This mentality needs to be replaced. It’s high time we start treating our children equally and teaching them things like matter. Like how to be kind and considerate.

Anushka’s message needs to be heard. This is how we should bring up our boys.

Studies Predict That India Will Have 6.8 Million Fewer Girls Being Born By The Year 2030. Because We Continue To Kill The Girl Child