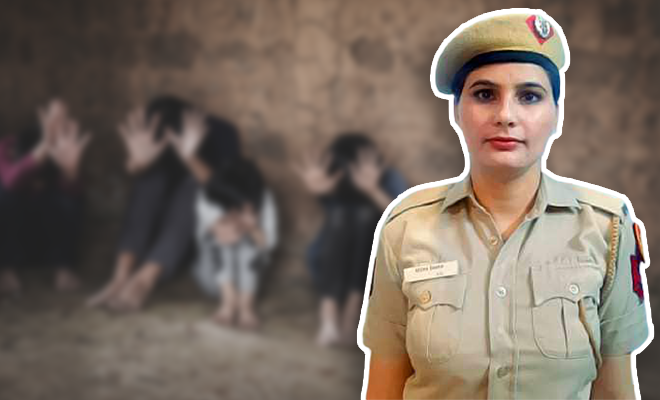 Meet Seema Dhaka, A Delhi Police Officer Who Recieved An Out Of Turn Promotion For Rescuing 76 Missing Children In Under Three Months. She Is Fearless

After what happened with Jeyaraj and Fenix in our country merely a few months ago, my faith in our police has faltered a little. And then it became worse when I found about everything the UP police did while investigating the Hathras rape case. Our police systems have been failing us for while now. However, today there some good news that finally feels like a step in the right direction. A woman constable became the first Delhi police personnel to receive an “out-of-turn promotion” after she rescued 76 children in under three months.

On Wednesday, Seema Dhaka, a head constable at Delhi’s Samaypur Badli police station became the first Delhi police officer to receive a rare out-of-turn promotion for rescuing 76 missing children in less than three months. This promotion is part of the Asadharan Karya Puraskar incentive scheme announced by the city’s commissioner of police in August.

Also Read: #Inspiration: An All-Women Police Patrol Unit Has Been Flagged off In Noida To Ensure Women’s Safety In Public Places. What A Great Move!

Seema went on to describe one of the most challenging cases that she had to face while rescuing this one kid. She said, “We went to a small village and crossed two rivers during floods. We somehow managed to rescue the child from near his relative’s place.”

She is fearless, and I hope Seema’s inspirational story influences more cops to act as bravely as she did.
More power to her!

Mumbai Police Holds Counselling Sessions To Ensure No Case Of Sexual Violence Goes Unreported. This Is A Great Initiative!