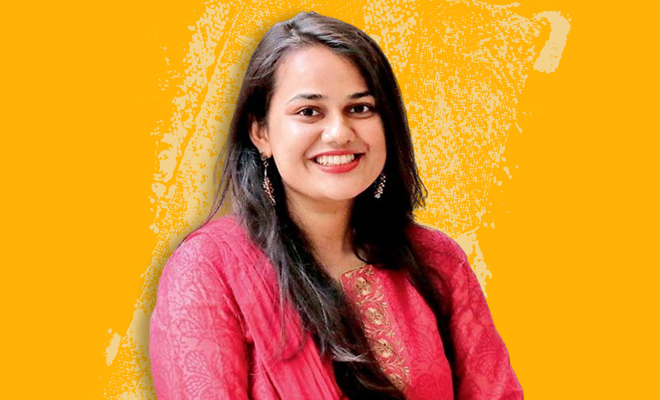 Meet IAS Officer Tina Dabi, The Woman Behind The Most Sought After And ‘Ruthless Containment’ Model Of Bhilwara

The year is 2020, the world is in the middle of a fight against a life threatening virus, people have been locked in their houses and social distancing is the only preventive move that seems to be promising in such times. Or so we thought. As we all struggle to keep our heads in place in these tumultuous times of the Coronavirus, because all we have to do is sit at home while there are people battling it out at the frontlines of this war, – the doctors and the nurses – it also has to be courageous women who have been taking up charge in such times and how.

From women owning up to their roles as virologists to women like Tina Dabi, the IAS officer who is responsible for bringing about the containment model to fight Covid-19, women have not taken a backseat in this fight and for that, we are proud. Hailed by the country as a ‘ruthless containment’ model of Bhilwara, Rajasthan, Tina Dabi is the woman who was integral to bringing about  one of the most sought after models to battle the spread of the virus.

With their first case of Coronavirus being reported on March 19 in Bhilwara, the the district collector, Rajendra Bhatt declared a district wide lock down on March 21, days prior to the national lock down itself, in an attempt to preempt the situation from getting worse. 26-year-old Tina Dabi who has been the sub-divisional magistrate since 2018, proactively sealed the very district when a doctor in a district hospital tested positive for the virus.

Also Read : This Lady Commissioner In Andhra Pradesh Resumed Work Just 22 Days After Childbirth To Fight The Coronavirus Crisis In India. She’s Such An Inspiration

Since then, they adopted a strict strategy in battling their way through this. From making sure to provide the people with what they needed to their doorsteps, to avoid any outbreak on the streets, to starting with the screening of people in the district after a lockdown was declared, steps were being taken vigorously yet strategically. Certain people were appointed as the ‘corona warriors’ in this time to ensure that people were practicing social distancing at all times.

Out of the 27 cases that were found positive in the district, 25 have been recovered, out of which 15 have been discharged, making Bhilwara’s model one of the best and one that has been an example for the rest of the nation. Speaking on the matter, Tina Dabi said, “We never get this opportunity to serve so many people to handle a crisis of this magnitude. I think the learning experience that is going to come from it is going to be very rewarding for me though out my career and I am looking at it as a matter of pride.” As do we.

Tina Dabi has been at the forefront of this fight against Covid-19 and we are glad to see women stepping up into roles of importance and doing them complete justice. Meanwhile India’s Cabinet Secretary, Rajeev Gauba recognised the success of the model and said, “The government is planning to implement this model in other places, too, for effective containment of the infection.”

Also Read : This 95-Year-Old Woman From Mizoram Donated Her Pension And Made Masks For Coronavirus Patients. Such Selflessness Is Awe-Inspiring.