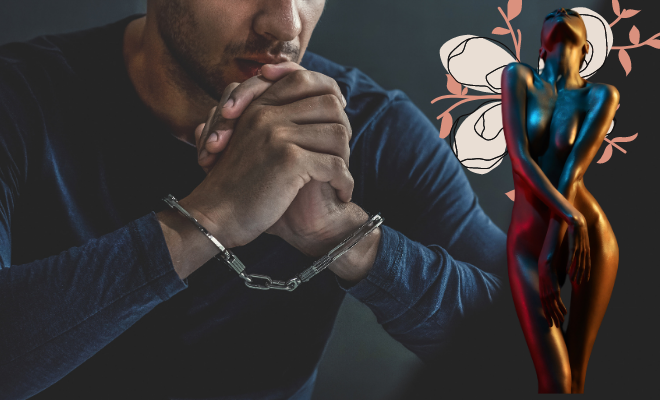 Man Pretends To Be Woman On Social Media To Con Aspiring Models Into Sending Him Nudes. A New Low Everyday

My phone beeped at an ungodly hour in the night, and because I was still trying to fall asleep, I was awakened by the alert on my phone. It was a message request from an unknown person on Instagram, who had DMed me. Now wide awake and with nothing else to do, I opened the message to be greeted by a “Hye…dear…wanna franz?” kind of a text. Something that probably every girl on social media has received at least once in her life. And I was just lucky it wasn’t a nude picture of him. Used to the unsolicited, bad grammar texts, I let the message be and fell right asleep, knowing tomorrow, some other pervert will try some other way to slide into my DMs.

And they do. Be it weird ‘fraandship’ messages, unsolicited dick pics, or even fake casting calls that invite you to audition for a series or a movie coming up, men have quite literally worked hard at disgusting women online, and till now, they’re succeeding. Especially after we found out about a man, who not only pretended to be a woman on social media, but also asked and collected nudes of several women, under the false pretext of auditioning them for a role in a web series.

The 37-year-old pervert pretended to be a female model, conning other women on internet to get a chance to audition, by first sending in their normal as well as nude photos to him. His screen name was Rashi Goel, and the one who contacted the police about the scam he was running, was a 17-year-old girl, who had ended up sending him, her pictures, duped by his words.

She shared with the police how she sent him her photos, but when ‘Rashi Goel’ kept asking for more, she blocked her from social media. The complainant was then contacted by two different people, who had the pictures she had sent to Rashi Goel. They threatened her to post the them on social media if she doesn’t agree to their demands, shared the police.

Turns out, apart from the two people, her pictures were also being circulated in various groups and the accused had even created a new profile with her name, her pictures and sent a screenshot of it to the 17-year-old victim.

Upon investigation, it came to light that the 37-year-old man who was the mastermind behind this shameful act was a man named Mam Chand. Deputy Commissioner of Police (North) Anto Alphonse said, “During the investigation, four social media IDs, created allegedly to contact the women, were identified. Later, Mam Chand was held from outside his residence in Delhi’s Sultanpuri.”

An audition form and objectionable photographs of women were recovered from the mobile phone of the accused, and several social media profiles were found, which he had created to coerce women to send nudes and blackmail them. The guy was also found to have been involved in a cheating case back in Hisar, and it was no surprise that the crook hadn’t mend his ways since then.

Clearly perpetrators on social media are getting more and more innovative to infiltrate our lives, not just for ‘fraandship’ anymore, but for something far more sinister. Then there are men like Mam Chand, who may not see you in person, but would still make you uncomfortable with how they’re watching you. This predatory behaviour on the internet needs to be kept in check.

Also Read : #Inspiration: This Woman Stood Up For Another Woman Who Was Being Harassed By A Pervert. Onlookers Must Not Be Silent