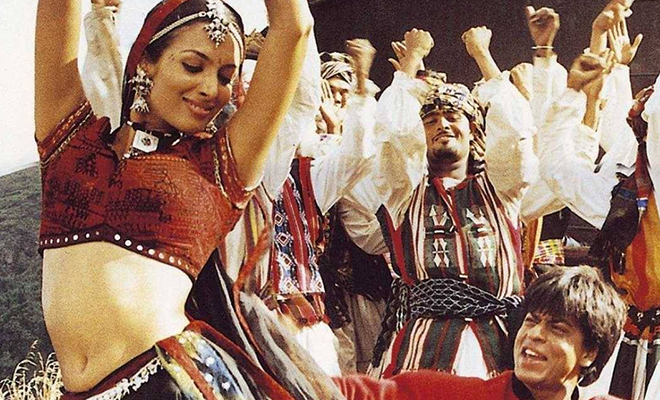 Malaika Arora has finally returned to Mumbai after having a gala time in Maldives with her girl gang. The stunning diva kept us updated on her super chill girls trip by sharing some envious pictures of her posing at the exotic location, soaking up some sun  Currently Malaika Arora was making headlines at the judge to join the dance reality show, Dance India Dance, where she will be replacing Kareena Kapoor Khan this week. This is not the first time Malaika Arora is judging a talent show. She has also been a judge for India’s Got Talent as well as Jhalak Dikhla Jaa.

Recently, Malaika Arora shared some of her experiences while she was filming one of her iconic dance numbers. Bollywood’s fittest diva had revealed that after she was done shooting Dil Se’s song ‘Chhaiyya Chhaiyya’, she found herself bleeding around the waist. “I fell several times while shooting for the song (Chhaiyya Chhaiyya). I used to sway right and left due to the wind and to avoid that, the team tied a rope through my ghaghra to my waist and then to the train so that it would help me balance my body and sync it with the moving train. Unfortunately, when I removed the rope, I had cuts near my waist and it started bleeding, leaving everyone worried and paranoid,” she said.

The diva has also given us some hit tracks such as Maahi Ve, Munni Badnaam Hui, Chori Chori Dekhe Mujhko and Kaal Dhamaal and these are the kind of foot-tapping numbers we’ve loved. Malaika Arora is a fitness fanatic and is always spotted outside her gym after her workouts. The paps almost are always there waiting to catch a glimpse of her. Gym fashion is becoming a thing now. Malaika Arora’s body is something to kill for and it makes us want to not order fries any more! She looks stunning in every outfit she wears and carries them with ease.

Check out this iconic song!

Malaika Arora and beau Arjun Kapoor are making headlines, now that the news of them dating has been confirmed by the couple themselves.  From being spotted at casual dinner dates to flying to New York for a vacation together, they are giving us #couplegoals. The two were also rumoured to get married soon but the duo dismissed all the speculations! Arjun Kapoor will also be seen in his next film, Panipat alongside Kriti Sanon.