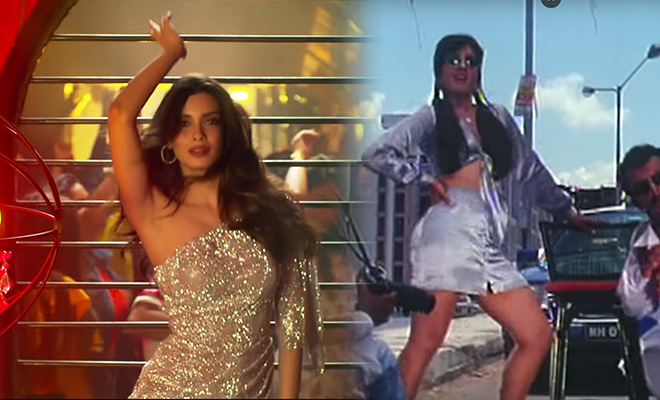 So I love my job, my editor and my colleagues. Basically, it’s a party coming to work every day. No honestly. But even then, when Fridays come around, I get super excited. The idea of the weekend kicks me into this energetic mood that I carry all day long, and on days that I am lucky, like today, I have the perfect song to match up my tempo. In this case that song being Sheher ki Ladki , the latest song release of the movie Khaandani Shafakhana,. The trailer of the movie just came out a few days ago and we thought it was hilarious.

ALSO READ: The Khandaani Shafakhana Trailer Is Out, And Sonakshi Sinha As A Sex Doctor Has Us In A Laughing Fit!

The movie that stars Sonakshi Sinha in the lead, with actors like Baadshah, Varun Sharma, Gautam Mehra and Annu Kapoor, released it’s hyped up song not hours ago, with Diana Penty and Baadshah dancing to the beat. This is a remix of an old song of the film Rakshak that starred Suniel Shetty and Raveena Tandon, and created waves even back then. In the OG song, we can see Raveena pull off some killer thumkas and we were grooving to the beat. The song has been recreated and remixed by Tanishk Bagchi, with voices by Tulsi Kumar and Baadshah.

The music is upbeat, the rap is surprisingly not offensive and the beats will probably motivate anyone in the club to get up and shake a leg to this catchy party number. Already we predict it will top the charts, the song also features a cameo appearance by Raveena Tandon and Suniel Shetty, both of whom look so dapper that we are insanely jealous.

As for the rapper and Diana Penty in the song, while they look oh so glamorous in all their shine and bling, it somehow feels as if Diana is only just marking the dance steps as opposed to actually doing them. Raveena did such a fab job that we miss her moves here. One would expect that with a peppy number as such, the energy and adrenaline would almost be tangible and hard to miss, but while the Diana doesn’t hold a candle to Raveena who absolutely scorched the screen with her steps.

But all is well that ends well, because Raveena and Suniel Shetty anyway steal the show by literally ‘arriving’ on bikes and taking us back to the mood of the 1996 original. In fact, Suniel Shetty also posted the song on his IG account captioning it, “23 years gone by but the magic’s still intact!”

The film that follows the life of Sonakshi Sinha as a sex doctor is trying to break the taboos and silence around sex and is set to hit the theatres on 2nd August!