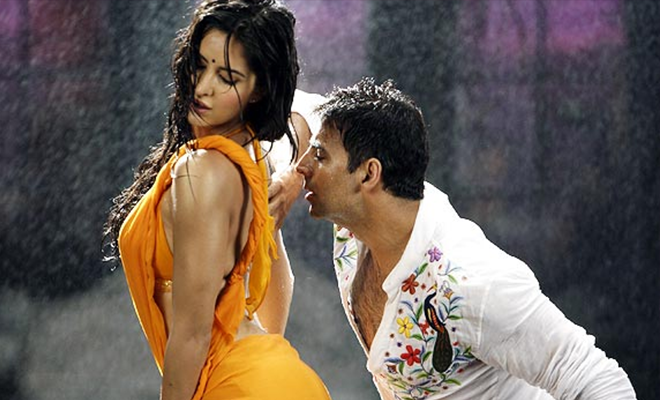 Actor Akshay Kumar and Katrina Kaif are gearing up for their next film, Sooryavanshi which is a much awaited flick as the two will be seen together in a movie after 9 years! The film is another add-on to Rohit Shetty’s cop universe after the Ranveer Singh and Sara Ali Khan starrer, Simmba and the iconic film, Singham. The film is produced by Karan Johar and is slated to release in 2020.

Katrina Kaif and Akshay Kumar keep teasing their fans by sharing some quirky BTS on Instagram which is getting us all excited and has us hooked! Akshay-Katrina fans went gaga after Katrina Kaif shared a post of her and Akshay Kumar, looking all drenched and rumours have it that it could be a remake of the iconic song ‘Tip Tip Barsa Paani!’ Katrina wrote, “Singing in the rain #sooryavanshi @akshaykumar @itsrohitshetty @farahkhankunder.”

In the film, Akshay Kumar will be seen playing the role of DCP Veer Sooryavanshi who is a Chief of the Anti-Terrorism Squad. While Katrina Kaif will play the character of his on-screen wife. We are super thrilled to see the fiery chemistry of the two in the film. Sooryavanshi was introduced in the last scene of Rohit Shetty’s previous cop film Simmba. That ending scene in the film was unexpected and had us fans making up all sorts of theories about what it could imply.

After the announcement of remaking Tip Tip Barsa Paani,’Akshay Kumar had tweeted, “I would’ve definitely been disappointed if any other actor would’ve recreated Tip Tip Barsa Paani, a song which has been synonymous with me & my career & I can’t thank Ratan Jain ji enough. At times like these you realize, we may have come a long way but we also go back a long way.”

We also can’t imagine anyone else recreating this iconic song which originally starred Akshay Kumar and Ranveena Tandon as leads in the film, Mohra. We really hope the remake isn’t a depressing rehash of this fun, sensual number. Because remixes which are all a rage now have ruined quite a few songs for us and we are not happy about it!