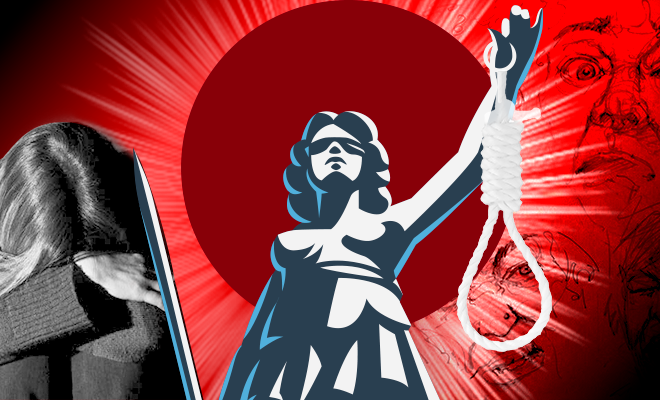 Justice For Nirbhaya: 7 Years Late But The Four Convicts Are Finally Being Executed. This Is Good News

16th December 2012: A date that has been seared into our brains. It is the night that Jyoti Singh, a 23-year-old girl tried to take a bus home in Delhi and turned into India’s daughter. Six men that were aboard that bus, brutally beat her up, gang-raped her and then flung her naked body out of a moving vehicle. She succumbed to her injuries a few days after the incident and with her went our belief in humanity.

It has been seven years to this vicious incident and even today as I am writing about it, I have goosebumps. It is the very case that showed us what some highly diabolical things humans are capable of. This case brought our entire country down on its knees and left us helpless and speechless. There were candle marches, protests and memorials held for Jyoti or “Nirbhaya” in every corner of the country. It didn’t help though, there was no instant action taken.

Today though, is a good day. Today, a Delhi court has issued a death warrant against the four remaining convicts (Akshay Thakur, Pawan Gupta, Mukesh Singh, Vinay Sharma) of this gruesome and hellish case. The date of execution of these convicts has been set on 22nd January 2020 at 7 am. Finally, Jyoti will be brought to justice and this case will come to an end. This news has us jumping with glee.

Also Read: It’s Been 7 Years Since The Gruesome Nirbhaya Rape Case, But Nothing Much Has Changed.

BREAKING: Death warrant issued in Nirbhaya gangrape & murder case. All four to be hanged on Jan 22 at 7am. pic.twitter.com/2dr20c7D70

On Monday, the court had reserved order on issuing of death warrants against four death row convicts. Today’s ruling came after Jyoti’s mother moved the Supreme court by opposing the plea filed by the four convicts, seeking a review of the 2017 judgment that had sentenced them to the death penalty. Though they can file a mercy petition in the next 14 days if they wish to, we are really hoping the justice system goes through with their decision to execute them. Their execution is vital if they want us to continue believing in our justice system.

#nirbhayaverdict#nirbhayacase
I thank every child of this country and the media who stood strongly with me. Jan 22 is going to be a big day for me. I had faith in the system and justice has been finally served: Asha Devi, mother of #Nirbhaya pic.twitter.com/d5pz4VAqPf

Out of the six convicts, the main accused Ram Singh committed suicide in jail. The juvenile accused Mohammad Afroz was released after three years as per the Juvenile Justice Act. And now the rest of them are being executed on the 22nd.

Our country is going through a very rough period, from the Priyanka Reddy case to the CAA. This is exactly the kind of good news we needed to kick start a brand new year. Hopefully, this sentence will form the basis for all future rape cases.

Better late than never but at least justice prevailed!

Dr. Priyanka Reddy, Played By All The Rules And Still Ended Up Getting Raped And Burnt To Death. When Will This Ever Stop?