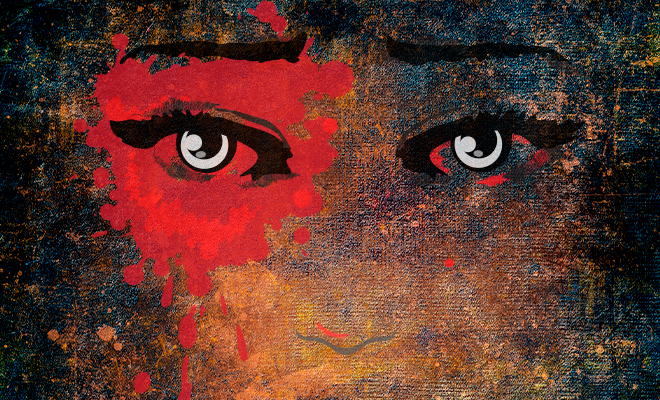 In MP, A Shocking Incident Of A 14-Year-Old Girl Getting Raped By 4 Boys. This Is What We Get When We Raise Our Boys Wrong

Out of all the terms, phrases and conversations that we have on the daily, I never thought that a day would come when a topic like rape would end up becoming something we would discuss over the dinner table. When the mention of innocent women being wronged and slain would be so regular and would happen so often, that you’d be slightly desensitised. Every day I come to work, the first kind of stories that I find myself coming across are of rape crimes, each one worse than the previous one, making my blood boil but then I calm down for it has become that common. There was a day, when listening to such gender-based and monstrous crimes would rile me up but as the days pass by, all it does is confirm the fact that we have repeatedly failed to keep the women of our society safe, and we say this after the headlines of a 14-year-old girl being raped by 4 teenage boys in MP have emerged.

An incident that took place in the Rewa district of Madhya Pradesh, happened while the teenager stepped out of her home on a Saturday afternoon for some work. The boys who have been accused of this heinous crime apparently knew the victim beforehand and duped her into accompanying them to a nearby farm where they raped the minor girl.

Superintendent Abid Khan commented on the story and confirmed it by stating the facts, while a senior police official shared how, “All the four accused have been detained under the Protection of Children from Sexual Offences (POCSO) Act and various sections of the Indian Penal Code (IPC), following the incident.” He further said,”The accused are in the age group of 13 to 14 years and the victim knew all of them.”

Also Read : This Minor Girl From Rajasthan Committed Suicide After She Was Raped. The Accused Is Identified And Is On The Run.

The fact that a thought as monstrous and repelling as forcing yourself on a girl could come to the minds of a bunch of  young, teen boys only shows just how fucked up and shallow the mentality of the men in our society really is. That they feel sexually frustrated and entitled to rape a teenager without the fear of consequence is proof that we only have our upbringing to blame here. It’s time to come to term with the fact that we haven’t been raising our boys right.

Superintendent Abid Khan also commented on the matter and said, “The girl narrated the ordeal to her family members after returning home on Saturday evening, following which an FIR was lodged against the accused.” The medical examination of the girl has confirmed that she was indeed raped by the four accused, who were arrested after having been identified by the girl.

That no woman is safe in this country is a well-known fact, but that perpetrators are just as young as 14 year old is a new low for all of us to witness. The kind of thinking and mentality that nudged these boys to commit a crime like this is appalling and telling of how we have failed in bringing up civil men in the society and how the privilege that we so offer to the men as a birthright has led them to ravaging the women.

Also Read : This Man Who Raped And Killed A 3-Year-Old Is Using The Nirbhaya Case Convicts’ Ploys To Delay His Death Sentence. This Is Frustrating