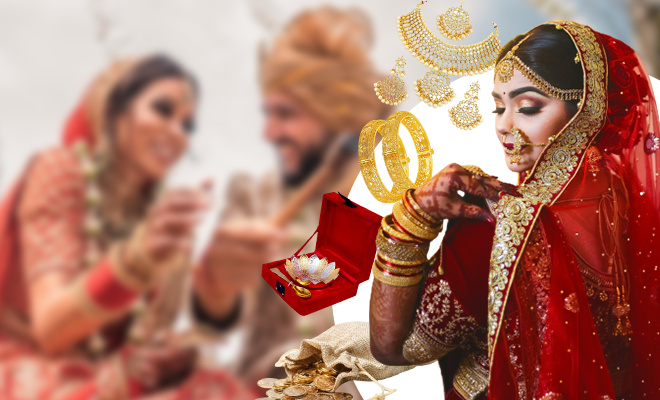 In Maharashtra, A Woman Married Three Men In Three Months And Then Ran Away With All Their Valuables. This Would Be A Great Movie Plot

In today’s world, especially with the pandemic and all, it’s become increasingly essential to constantly be on guard. Being trusting has become more of a liability than a virtue. People who are exceedingly gullible are easy fodder for those who are looking for ways to make a quick buck through fraudulent methods. This pandemic has left us all vulnerable and not I am not talking just health-wise. Think about all the people who have been laid off from work and are struggling to even make ends meet. It’s actually no surprise that con artists are on the rise and looking for people to dupe. And not all of them are as smooth as Jeff Stevens (any Sidney Sheldon fans in the house?). Take this woman for instance. In the last three months, she has married three men and ran away with their valuables. This proves that nothing good ever comes from rushing into marriage *coughs*

27-year-old Vijaya Amrute, a resident of Mukundwadi area in Aurangabad laid out an elaborate con after she and her husband lost their jobs during the lockdown. After not being able to get by, the woman married three men in three months. She then duped them of all their valuables.

The racket was exposed after a man from Nashik, Yogesh Shirsath, went looking for his wife only to realise that she had already married another man and run away with all his valuables. He registered a complaint with the police and Vijaya was arrested for this con. Okay, I know that marriage in India is treated like the game musical chairs but how do you let someone you barely know into your home and then leave valuables lying around?

Also Read: This Woman Lost Around 71 Lakhs To A Fraudster She Met Online Who Promised To Marry Her. We Need To Be More Careful

Police arrests a woman from Aurangabad on charges of duping several men on the pretext of marriage.#Maharashtra #Lockdown #marriage https://t.co/07ckCzbkGC

During the initial investigation, Vijaya apparently first married Yogesh and stayed with him for a fortnight. After duping him, she moved onto a man named Sandeep Darade from Raigad and then a man from Western Maharashtra. Wow. All this in three months. Give this woman a standing ovation.

The police said that Vijaya had planned all this out with another couple who would look for men that were searching for brides. This couple would reportedly charge Rs 2-5 lakh which would include their fee and all the wedding expenses. After the wedding, the new bride, Vijaya, would fleece them and run off with all the valuables in the house.

Does anyone else think this would make for a great movie? Imagine those three men find each other and go on a mission to con the con artist. Now, that’s a movie I would watch.

Anyway, I just don’t get how you can trust someone you barely know. As glad as I am that Vijaya’s operation failed, I can’t wrap my head around the fact that three men just let her into their lives without knowing anything about her. This is a classic example of why we can’t afford to be ignorant, reckless and overly trusting. We have to be very careful.

A Woman Was Conned Out Of Rs 7 Lakh By A Guy She Met On A Matrimonial Website. We Need To Be More Careful Online

GET HAUTERFLY IN YOUR INBOX!
Related ItemsFeaturedDupesTrendingcoronaviruslockdownWoman cons menCon artistWoman marries three men in three months only to dupe them