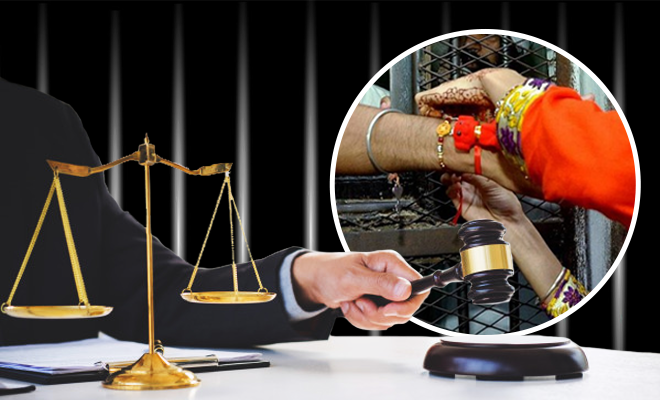 In July, Madhya Pradesh HC Ordered A Woman To Tie Rakhi To Her Molester. Now The Order Is Being Condemned

A few months ago, we talked about how a court in Madhya Pradesh laid out a very strange bail requirement for a man who was accused of molesting a woman. The bench decided that the accused will get bail if the woman he molested ties him a rakhi, on the day of Raksha Bandhan. The accused also has to “protect her for all times to come”. Oh yeah, we raised our eyebrows at this as well. We called them out for making a mockery of such a sensitive crime. I was hoping it was some kind of a sick joke but well. Anyway, the reason I am bringing up a case from July again is that the Attorney General of India, KK Venugopal seems to agree with us. He told the Supreme Court that the comments made by the Madhya Pradesh judges were “condemnable”. Of course, we completely agree!

Mr Venugaopal was addressing a Supreme Court bench, headed by Justice A M Khanwilkar, which was hearing an appeal against the Madhya Pradesh High Court order. He said that the comments by the judges were “condemnable” and they seemed to have been “carried away”. He told the court that the national judicial academy and state academies should teach the judges that comments like these are neither permissible nor appropriate.

This is so apt. There is no denying our courts are becoming increasingly progressive and pro-women. But every now and then we come across some ridiculous judgement like this rakhi one that makes our blood boil. So yeah, our judges do need be taught gender sensitization and how to deal with such cases that involve any kind of violence against women. We are just so glad and kind of relieved that our country’s top law officer understands this.

Here’s the thing though, it’s not only the judges that need a course on gender-sensitization. I feel like every profession, especially lawyers and police officers, could use a subject like this. It’s important to teach people how to properly handle sensitive situations and cases.

In its last hearing, the Supreme Court had sought the Attorney General’s assistance on a plea for a stay order on the Madhya Pradesh High Court order. The nine women lawyers who had approached the SC said that the Madhya Pradesh HC’s order was, “trivialisation of victim’s trauma.”

Even after all these months, I can’t seem to wrap my head around the fact that a state HC actually laid a bail condition that required a molestation victim to tie the accused rakhi. Seriously, what the hell was that going to solve?

We hope that after the Attorney General’s suggestions to the court, the SC agrees to throw out the Madhya Pradesh HC’s bail order.