In Hyderabad, A Serial Killer Has Been Involved In The Murder Of 18 Women. He Hates Women Because His Wife Left Him 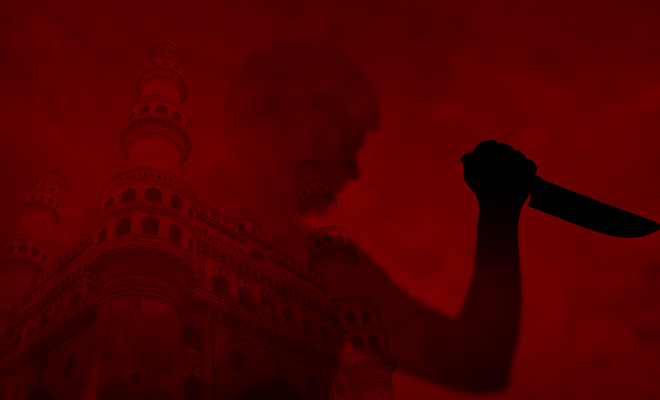 Let me ask you a very easy question. What do Ted Bundy, BTK and Edmund Kemper have in common? Yep, they’re all serial killers. To most of us, their stories are intriguing and fascinating. Have you watched Mindhunter yet? Anyway, the serial killer we are talking about today is a man from Hyderabad who has reportedly murdered 18 women. Even though we don’t have all the details yet, whatever we do know about him has given us chills.

According to reports, this 45-year-old serial murderer, besides his other crimes, was allegedly involved in the murder of 18 women. He was a stone-cutter and according to the police, was arrested in Hyderabad on Tuesday. This is the kind of case where you can feel the fear in your stomach and your bones.

The man was caught by the city police Task Force and the police of Rachakonda Commissionerate. He was earlier charged with 21 cases. 16 cases of murder, 4 cases of property offences and one case of escaping from police custody. However, now, the police find that two more recent murders could be connected to him.

Also Read: Bengal’s Serial Killer, Kamruzzaman Sarkar AKA The Chain Man Has Been Convicted And Sentenced To Death. Justice Has Been Served

All this started when the man’s wife, whom he married at the age of 21, ran away shortly after the wedding. That’s when he began spiralling out of control. Since then, he’s harboured a strong and clearly dangerous grudge towards women. His criminal activities first started back in 2003. He would carefully target vulnerable women by offering them money in exchange for sexual favours. The police also said that he would murder his victims after consuming alcohol or toddy and then steal all their valuables.

Here’s the thing. I am wondering how he managed to dodge the police for nearly two decades? If someone, anyone, would’ve paid close attention they would’ve figured out the MO and connected the dots. Are women really that dispensable to society that nobody seems to notice if 18 of them, over the years, are found murdered? Anyway, we are just glad this monster is off the streets and behind bars.