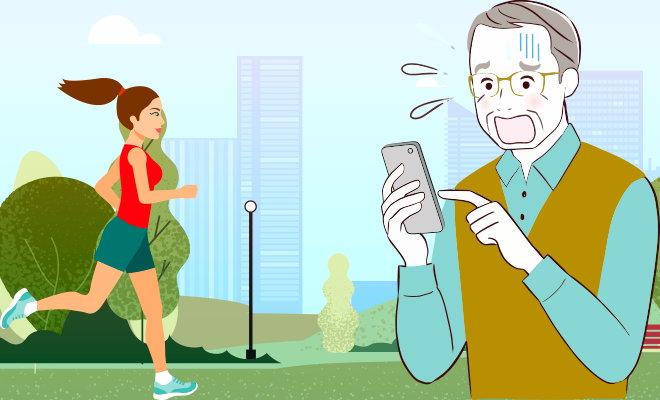 In Bengaluru, A Guy Walked Up To A Woman In A Park And Shamed Her For Her Clothes. We Don’t Need Your F**king Opinion

You’d think that after certain things start happening  with you on the daily, there would come a point in life when you’d find yourself oddly settled in its regularity. Like your boss making you stay late at work every day without an apology, or your brother eating the last of your fries without consent, or you bumping into a guy and him turning out to be a fuckboi. For me, because I write about crime so often and so regularly, that I am somewhat desensitized now. And while it’s sad , there are instances that still rile us up, and that often has to do with unsolicited advice and comments.

Taking upon themselves as both their birthright and diligent duty, are a certain breed of people who get a kick out of rendering useless and unsolicited advice to women, who neither ever ask for it nor pay heed to it. One such incident was when a 30-year-old woman from Bengaluru, who was recently offered fashion advice by a person at the park she was it. Accompanied by her husband, this woman who had gone to a neighbourhood park for a run and was warming up before she could get down to her exercises, was interrupted, and quite rudely at that, by a man who was perhaps alien to the idea of minding his own business.

This incident took place at 10:30 am at JP park in Mathikere, as the woman took her sweater off, to get comfortable and do her training. She was getingt filmed by her husband- she was a fitness trainer- when she was was interjected by a middle aged man who told her how what she was wearing to a ‘family park’ was highly inappropriate. “He said, ‘Wearing such clothes is not allowed in this park,” said the woman.

Also Read : In Delhi, A Man Flashes His Private Parts At A Woman In Delhi Metro. Unfortunately, This Isn’t The First Time, And Not The LAst

When the couple gave it back to the man, pointing out how she wasn’t wearing anything objectionable or inappropriate, the man started filming the woman and took the madness and his apparent intrusion to the next level, by showing her video to other women in the park, seeking their approval on the woman’s clothes. The audacity to pull off such stunts speaks volumes about the guy’s mentality. Because according to him and the entire society, a woman is all about her clothes and nothing else.

The couple later went back to their home and contacted the Police Parihar’s women helpline to bring the matter to light, where in the DCP, N Shashikumar called and apologised to  the woman. Even though the matter was resolved internally and no complaint was lodged, we are shocked at the kind of audacity people have in poking their nose where it doesn’t belong, and creating a scene over a woman’s attire.

Basically, we want the uncle and his kind to fuck off because last time we checked, you’re not the boss of us anymore, and we suggest next time you shove such million dollar advice and commentary where the sun doesn’t shine.

Also Read : A Female Reporter Was Shamed For Wearing A Tank Top During An Interview. When Will Women Be Taken Seriously In Sports Journalism?

GET HAUTERFLY IN YOUR INBOX!
Related ItemsFeaturedTrendingwoman in bengaluru gets advice on clothesclothes shaming