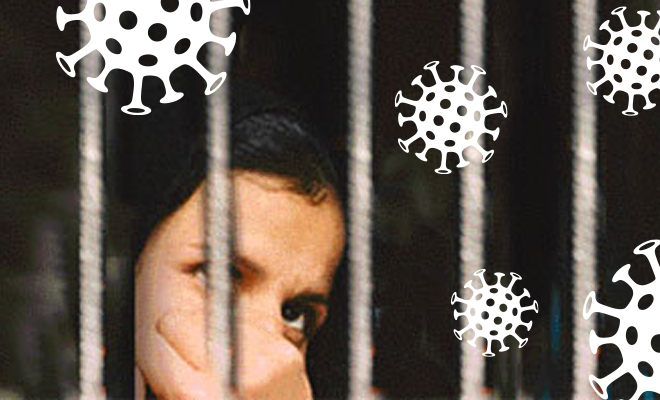 In A Case Of Extreme Negligence, 57 Girls At A Kanpur Shelter Were Found Covid Positive, 7 Are Pregnant, And 1 Is HIV+.

Crimes against women aren’t rare in India and each day, it’s us who have to live life with the most important goal of keeping ourselves from harm. Our parents have been protective of us, right from our childhood because they know there is no guarantee of our safety. In our country, we have products on e-commerce sites that come with an ‘assured’ tag but the safety of girls and women is way down the pyramid of priorities. So here we are, witnessing crimes each day. Our parents didn’t even send us to another kid’s home unless they knew their parents closely. What do we say about the safety of young girls living in shelter homes with no guardians to safeguard them? How do we know that these people who have the authority and power to protect them aren’t misusing the very power to assault them?

The case of Muzaffarpur shelter home left the country feeling shocked as several girls were found to be raped and sexually assaulted. 19 were convicted included the main accused Brajesh Thakur. 11 of those got imprisonment till their last breath. And as sickening as it sounds, among the convicted were several women staff too who abetted the sexual offenders. Who can you trust anymore? But turns out, it’s not an isolated case.

A government-run shelter in Kanpur has received a lot of flak after 57 girls tested COVID-19 positive. Apparently, the girls had been showing symptoms for a few days and by the time it was reported, the virus had spread to so many girls in the facility. This has raised several questions about the negligence of the shelter. Why weren’t those showing symptoms isolated? Why wasn’t it reported earlier? Of course, things aren’t so black and white. These places are often congested and communal living has a limited scope of social distancing. Congress General Secretary Priyanka Gandhi said government shelter homes show “inhuman” conditions.

During the testing, seven girls were found to be pregnant, one HIV positive and another having hepatitis. Five of those pregnant girls tested COVID-19 positive. This has led to an outrage among people and officials. “The case at the shelter home in Muzaffarpur (Bihar) is in front of the country. A similar case also emerged in UP’s Deoria. So, for another such case to emerge shows that in the name of probes, everything is suppressed. But there are many inhuman incidents happening at state-run child shelter homes,” Priyanka Gandhi wrote on Facebook.

Meanwhile, the shelter has said that the girls were survivors of sexual assault and were brought to them pregnant. Kanpur’s Senior Superintendent of Police Dinesh Kumar told ThePrint,“We haven’t been able to access all the documents due to the shelter being sealed, but when we get them, it will be clear since when they have been pregnant. We will also be able to find who came and went in the last two months, and how the coronavirus spread.” Kanpur District Magistrate, Dr Brahm Dev Tiwari confirmed the same.

ALSO READ: A Child Witnessed His Father Beating His Mother To Death. Other People Stood Around Taking Videos. Humanity Is Dead

All said and done, I am glad that this wasn’t taken lightly and an immediate probe was carried out. Muzaffarpur case should serve as a lesson and continue to remind us that we cannot let these girls in shelter homes feel abandoned or like outcasts with no protection. Not just protection from sexual assault, but as a nation, we need to prioritise the improvement of living conditions and safety protocols in government-run facilities.

ALSO READ: This Monk Raped A Pregnant Woman And Tried To Molest Her Sister In Law. WTF Is Going On?