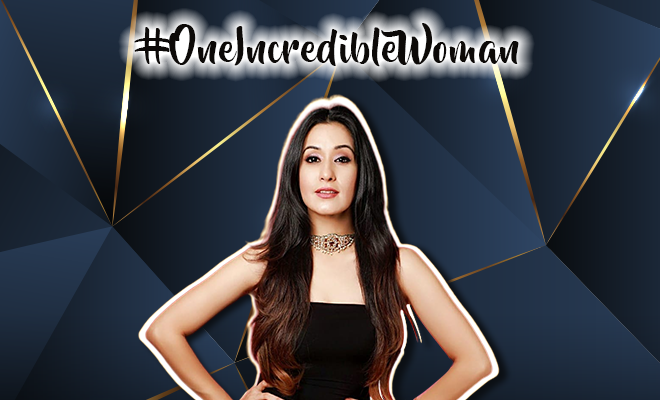 From Having Just Rs 300 To Now Owning A Company With A Turnover Of 7.5 Crores, Chinu Kala Is A Real-Life Inspiration.

Fridays, as happy as they may be, always come along with a strong sense of lethargy and the need to hide away and binge on netflix than to do any sort of productive work. Not that we’re complaining, I mean we may be but quietly, but it’s good to feel a little motivated from time to time. A feeling we truly felt after a long time, after coming across the inspirational tale of Chinu Kala.

A woman who is a true inspiration for a rag-to-riches tale, had started out early in life. Really early. At the age of 15! This was after she was thrown out of her parents house with almost nothing in her possession. With just 300 rupees in her wallet, and two pair of clothes packed, a young Chinu Kala left her house as she embarked upon what would be the toughest journey of her life. But little did she know that all those hard times and the subsequent hard work she would put in, would make her a proud and successful business woman one day.

Also Read : Jacqueline Fernandez’s Fitness Routine Will Give You The Mid-Week Motivation You Need

Today Chinu Kala, runs a jewellery brand by the name of Rubans and had recently recorded a turnover of 7.5 crores. Her story, that started by being estranged from her family, and living in dorms for Rs.20 a night before she could land her first paying job as a door-to-door saleswoman is supremely inspirational. She said, “If you ask me today where I got the courage from, I genuinely do not have the answer. I just knew I had to do something. I only had two pairs of clothes and a pair of slippers. The first two days I was just lost and scared. It took me two to three days to get my bearings right. I then found a dormitory to live in.”

After finding a job as a saleswoman that would pay her Rs. 20 to 60 a day, she said, “You have to remember that this was in the late 90s and it was a very different time. One could just go and ring the doorbell and approach people. However, with every door that was shut on my face and every rejection I faced I became almost shock-proof and immensely strong.”

A year into it, at the age of 16,  she was promoted and had started to train two other girls under her.  She later switched to working as a waitress. Growing with every job and experience in life, in 2004, Chinu Kala entered the Gladrags Mrs India Pageant and was one of the finalists, an opportunity that opened a lot of doors for her. But she had an epiphany, she was going to do her own business. She took all her contacts and savings from over the years, to jumpstart on her idea of creating Rubans fashion.

She shared, “Initially, there was no mall that was ready to trust us and give us any space – it took me almost six months to get a space in the Forum Mall in Koramangala, after constantly chasing the manager. In the year 2016-17, we clocked in about Rs 56 lakhs. The next year the revenues grew by almost 670 per cent to Rs 3.5 crores. The last year saw us earning a revenue of Rs 7.5 crores.” And honestly, having read her story, I can’t stop thinking of the kind of dedication and hard work that Chinu Kala has put in, to deserve everything that she has today.

It is stories like these that fill you up with motivation to do better each day and not let your circumstance define you and your choices in life. From having nothing to now running a company with a turnover in crores, Chinu Kala is a rockstar and we laud her for her unfettering faith in herself and her abilities!

Also Read : Varshita Thatavarthi Is A Model Who Didn’t Get Work For Being Dusky And Curvy. Till She Got Her Break With Sabysachi

Deepika Padukone Will Not Work With Someone Accused In The #MeToo Movement. We’re Glad She’s Taking A Stand