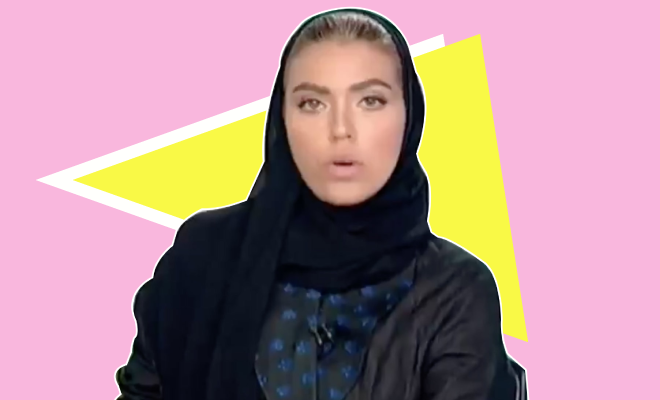 Finally, A Woman Hosts The Evening News In Saudi Arabia!

Anywhere else in the world, a woman on television is such a regular feature, you would miss it. Reading out the news or hosting a show, absolutely normal. But it was a first for Saudi Arabia. And yes, you are reading this in 2018.

Jumanah AlShami became the first journalist in 2016 to present the news in the morning. And now in 2018, Weam Al Dakheel has created history by becoming the first presenter in the evening news. In a country where women started driving only recently, this is a big first for women’s rights. She even sat side by side with her male co-anchor Omar Al Nashwan.

ALSO READ: Finally, Saudi Women Are In The Driver’s Seat!

While her presence itself marks a first, this also is the beginning of the country opening up, a small step in the greater scheme of things as the country implements the Saudi Arabia Vision 2030 reform programme. To this effect, there have been several changes. The kingdom has okayed women driving, airlines in the country can now hire women pilots and the country even hosted its first ever fashion show!