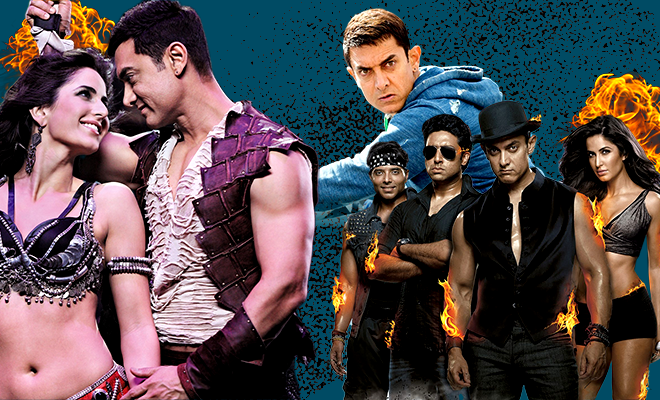 Dhoom 3 Completes Six Years Today. We Recall Just How Pointless The Movie Was, Even Back Then

Bollywood and I have a love and hate relationship. From sometimes crediting it to teaching me the true, even though very extra, definition of love to other times condemning it for putting me through some absolutely unnecessary pieces of cinema, Bollywood and I have had our share of differences. And while there are years, like this one, where it has outdone itself in doling out content that hasn’t just been entertaining but also inspiring, it is the constant throwbacks to older movies that rub us the wrong way, especially as Bollywood today celebrates 6 Years of Dhoom 3.

Also Read : As Kal Ho Naa Ho Completes 16 Years, We Recall 7 Moments From The Film That Made Us Ugly Cry

Yes, the power-packed action-thriller that was the third instalment of the famous Dhoom franchise, has today completed 6 years and we may be 6 years too late to say this, we have to admit just how much we still mourn the loss of those three hours we spent watching this film. And for those of you lucky ones who don’t quite remember, here is a quick recap of the film I shall never able to unsee.

The film, that started with a seemingly dramatic scene between the circus master Jackie Shroff, the bankers and Jackie’s son running around to show magic tricks in a clown nose and we were already bored. The bankers told him how they’d have to cut his loan money off and the only viable option that came to him was to kill himself. Good choice. Cut to a few years later, when the son has now grown up to become a perfectionist kind of an evil genius, hell bent on taking revenge from all banks by robbing them. blind. Enter, the ill-equipped and over-selling good cop bad cop duo from India – Jai Dixit and Ali, played by Abhishek Bachchan and Uday Chopra respectively.

What goes down as an uninteresting, over-the-top extra film with crushingly slow and impossible stunts, then has a weak entry for Katrina Kaif, who chooses to strip dance in front of the villain to get a job at his circus, only to get duped by his evil twin. At this point, and every other, we had lost ourselves in this dumbed down version of movie. Nothing from Aamir’s perfection, to Vijay Krishna’s directorial prowess to Abhishek’s experience to Katrina’s erm dancing… nothing works. Absolutely no one cares to make a bang. There’s no fire power, no star power…basically, no power.

Safe to say, Aamir and the cast didn’t just play us in the movie with an unoriginal twin brother twist, but also by duping us in to see this cheap gimmick after Dhoom 2, that was honestly a movie I wouldn’t mind binge-watching again. We hope to dear god, the 4th part to this movie never sees the light of the day, because Ali and Jai Dixit really need to retire now. No more flying rickshaws and defying gravity please.