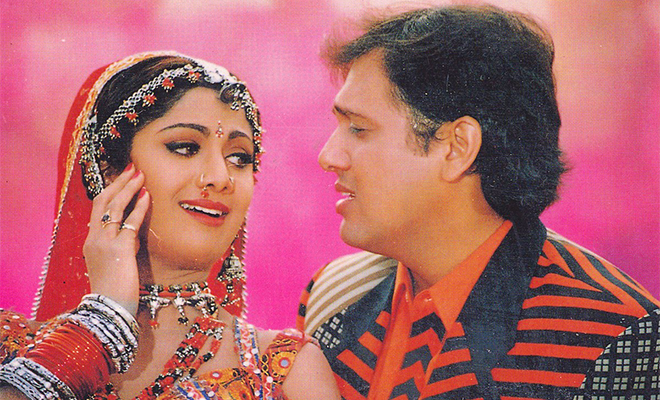 In 1997, People Were Offended By A Song Because It Defamed UP And Bihar. That The Songs Were Offensive To Women Is Okay!

When I was a kid, back in the 90s, I obviously didn’t understand the underlying sexual connotations behind some of our Bollywood songs. Not surprising, because a kid would not, but what I really wonder about now is how did my parents let that slide. So when I grew up and someone pointed out how double meaning these songs were, I was kind of shocked and surprised. Of course, I am not the only one. If you’re a 90s kid, you’d be willing to bit some pretty big bucks on this! In fact, after that whenever my parents dissed our generation, I used the Indian cinema of their time against them. Today, we don’t have such a huge market for lewd songs, thankfully!

Now the reason I am talking about inappropriate songs of Bollywood, is that recently after 22 years, the HC granted relief to Govinda and Shilpa Shetty in a petition filed against them for their song Ek chumma tu mujhko udhar dei de, badle me UP Bihar lei lei. Now you would think it was because how sleazy to offer a kiss on credit, right? Nope. Because people found it offensive that he offered to trade UP, Bihar for a chumma. The High Court said that since the Censor board had cleared the movie and the songs, the actors can’t be held accountable for it. What trivial problems are these? That way, the entire community of Mandwa should have opposed the making of Agneepath. And it was made twice! Meanwhile, nobody bothers about the objectification of women and sexual commentary in a lot of other songs.

ALSO READ: Vidya Balan Says Society Tends To Finds Flaws In Women So That They Do Not Fly High. She’s So Right!

I am not saying I have a problem with double meaning songs; I find them hilarious! Well, some of them, like London Thumakda and Aao Raja. But would you like it if your boy comes and tells you “din mein leti hai raat mein leti hai?” I would find it very offensive. In fact, this would be reason enough for me to dump him and sign him up for complimentary ‘respect women’ classes. Maybe, if we were as sensitive about the rights of our women as we are about our regions, religion and caste, our society would be a better place for us.