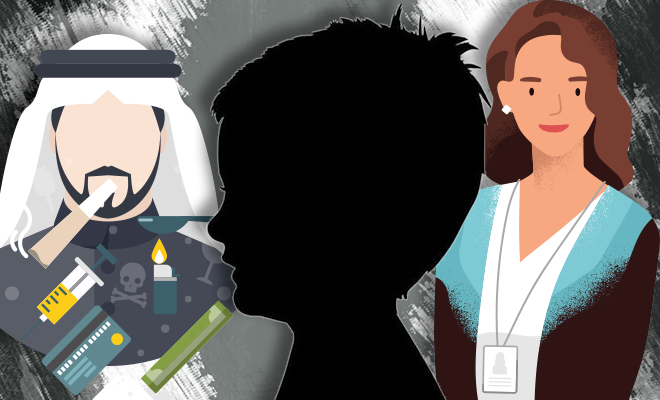 I’ve grown up reading fairytales with happy endings and have grown into realising that that is all it could ever be – a fairy tale. Fiction. Far for reality. Because in the real life, there aren’t really as happy endings as there are just abrupt endings. In real life, there isn’t a prince in shining armour waiting to rescue you. Also, because at this point, I might be rescuing him also. In fact, in real life, the big bad wolf often turns out to be that very charming prince you once fell in love with. Or so has been the case with Bethany Vierra, a US woman living in Saudi Arabia who recently lost the custody battle of her 4-year old child to her husband on what is really the most stupid thing I have read today.

Also Read : Finally, Saudi Women Are In The Driver’s Seat!

Once happily in love with and then subsequently married to a business man in Saudi Arabia, Bethany Vierra never thought of the day lose her home, her marriage and her kid, all because she sought out to break free from a marriage with an abusive partner.

She filed for a divorce in 2017, and while that worked out in her favor, the legal shortcomings of her custody battle have left her child-less. A Saudi court granted the sole custody of their 4-year-old to her ex-husband’s mother, after photos of Bethany in a bikini during a vacation to a different country, were shown as evidence in court. And mind you, this was after videos of the father had also been presented to the court where he was seen doing drugs and abusing his wife in front of their child.

In an interview, Vierra shared how, “It’s like 10,000 times worse here because so much is at risk for women when they go to court. I genuinely thought that there would still be justice served here, and I kind of put everything on that.”

Now, Saudi Arabia has a totally different, and for the lack of a better word here, regressive set of laws for women when it comes to divorce. A mother is granted a day-to-day custody of sons until they turn 9, and daughters until they turn 7, while fathers, remain their legal guardians. However, it was only last year when the Saudi law allowed mothers to have the custody of their children without having to file a lawsuit for it, unless the father too, is contesting for custody. So naturally, when Vierra sought to go to the court of law to seek the guardianship for her daughter, she was already playing very bleak odds. But things got worse, when photos of her in a bikini were shown to the judge and a case was made against her values, morals and her culture, furthering the argument saying how she is a westerner who runs her own yoga studio and would consequently not have enough time to take care of her little kid.

Meanwhile, the Saudi law, completely saw through the fact that the father was not just abusive but also an addict and still granted the custodianship.  What a bikini has to do with a mother raising her child is beyond us, because last we checked, a bikini in the house is much less fatal to a child’s well being than an abusive and drug-addict absentee father. But perhaps, Saudi Arabia has different and rather disturbing notions about it all.