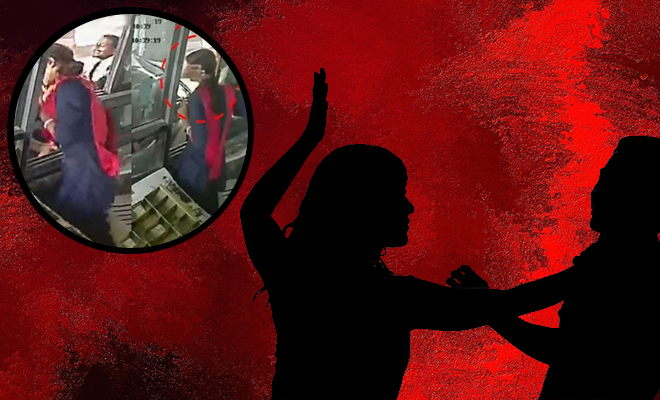 A Woman Collector In Gurgaon Files An FIR Against A Guy Who Slapped Her. She’s Our New Hero

There was a time when I used to get amused by how intolerant people are, on the daily. It’s like they leave their house with a massive chip on their shoulder. People often ask me why I get riled up over every conversation that happens to be about women’s safety, and to them, today I have an extremely aggravating and saddening video to show. One where one trespasser who refused to pay money, can be seen slapping and manhandling a woman collector upon being asked to pay the passing toll fare. But then again, this woman didn’t take it lying down. She gave it back to him and she’s a hero for standing up to this kind of hooliganism.

An FIR has been registered in the case of the assault on a female toll collector at Gurgaon's Kherki Daula toll plaza earlier this afternoon, say police, adding that the accused has been arrested. @IndianExpress

The incident took place in Delhi, (no surprise there) at the Kherki Daula toll plaza in Gurugram, and was captured by the CCTV cameras. The footage that got circulated and then quickly went viral on social media, showing the chain of events loud and clear. The collector at the toll booth rejected the guy’s identification as he attempted to drive away without paying the toll, but the woman collector insisted on him paying up. That is when the man can be seen stepping down from his vehicle to slap the woman.

At this point of the video, which was very early in the 40 second clip, I was already at the edge of my seat with my blood boiling and my hand itching with the urge to get up and slap that man right back, till his sorry ass pays up for both – the toll and his actions. The woman must too have felt the same way, for she didn’t stand back and gave it right back to the guy who thought he could get away with it.

She can be seen in the video trying to catch hold of him, while hitting him back, and the guy even after being pulled back keeps trying to repeatedly hit the woman. All for not wanting to paying for a toll. This is the level that the men and people in general have stooped down to, for they feel they are entitled to retaliate back in a situation of conflict with violence and assault.

FIR no. 347 u/s 323,294,506 was registered immediately at the PS Kherki Daula. The accused was arrested within two hours of the incident.

The woman, could then be seen stepping out of the toll kiosk, which is when the video ends. Reports suggest that the woman got an FIR registered against the guy, and the police has already arrested the accused. All’s well that ends well, people think. Except I can help but shake off this feeling of overwhelming anger and fear at the same time, to think about the lengths people are willing to go to and the leeway they give themselves because they do not fear consequence. We are glad due action has been taken and that the guy is not let off easily at all. Serves him damn right.

Also Read : Noida Police To Start Issuing Red Cards To Sexual Offenders As A Warning And We Think It’s About Time!

5 Reasons Why Priyanka Chopra is More Than Just A Desi Girl!