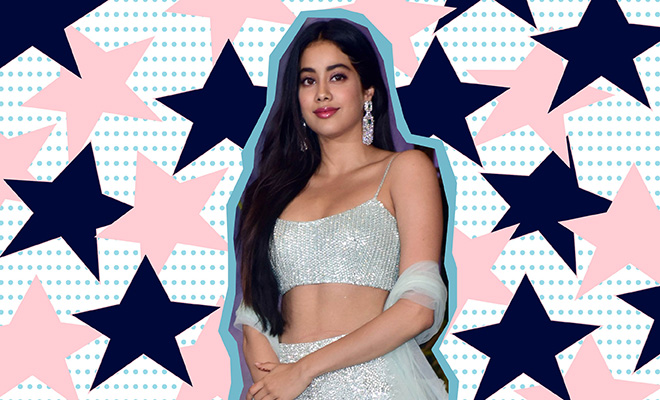 Birthdays are like festivals. I enjoy everything about them with much excitement. The attention, the million phone calls, presents, people putting up pictures with you and the night-long party that gives you a free pass to get mad drunk and not get judged one bit (okay, maybe a little bit but who cares?)

We would assume, it would be the same for Dhadak star, Janhvi Kapoor who turns 22 today.  Except hers would be a grander and fancier birthday as compared to us. But while she is a star child, there are quite a few things that make the actress just like us. How relatable!

Janhvi steals clothes out of her sister Khushi Kapoor’s closet! If that doesn’t make her exactly like us, we don’t know what will.  Star child or not, this is one sibling thing that you simply cannot dodge. Doesn’t matter if it’s a brother or a younger sister, you just have to wear what they own, especially since it comes along with a chance to annoy them!

Janhvi Kapoor qualifies as a true age millennial in that she also also has the habit of using certain slang words that only people in their 20s would relate to. Like the time when she used the word ‘swell’ to describe something during the Koffee With Karan episode and was met by an ‘Erm..what?’ kind of reaction by brother Arjun Kapoor. *learns up all the slang*

There is a certain favouritism or lack thereof, that kids experience while growing up when they are not the only child in the family. Janhvi Kapoor admitted on KJo’s talk show that her family is no different. Boney Kapoor clearly has a favourite child in the family, his younger daughter, Khushi Kapoor, and Janhvi is just used to the partiality now. Guess that is what years of having a sibling does to you!

Because Janhvi too, repeats her clothes and we love her for that! Simply because we either love that piece of clothing too much and would wear it till we get it’s worth. And this young Kapoor here, like us will repeat clothes despite having designers on speed dial which makes her so much more relatable. We could be besties!

Actors are often pegged as thick-skinned, heartless and to always be in a character, shying away from revealing their true selves. The facade never falls away. When she heard the news of her mother, she was in Mumbai shooting for Dhadak, the news made the actress faint and after waking up, she bawled like a baby on the sets. On her own birthday, she also wrote a heartfelt letter addressed to her late mother, where she penned down her grief, making her as vulnerable as anyone of us would have been. And let us see a side of her that was, perhaps, hidden.