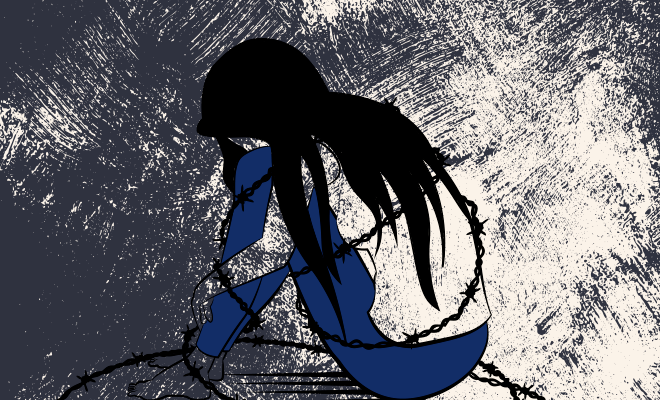 19 Year Old Gets Raped Twice In Two Hours In Separate Incidents By 3 Men. This Just Keeps Getting Worse.

There was a time, very long ago (or so we’d like to imagine), when women would step out of their houses, without the looming feeling and reflex of constantly looking over their shoulders. They were treated with the kind of respect and chivalry that is not much to ask for. A time when women could talk to or seek help from those of the opposite sex, without fearing that they are giving off a silent yet apparent signal of “asking for it”. When humanity was still alive and kicking and people knew not to leave women ravaged and raped in the name of patriarchy on the side of the streets. Clearly this has to be a scenario from sometime in the past because it sure as hell isn’t the present. With the kind of incidents that are taking place practically on a daily basis, it can’t be a vision of our future either. We say this after having come across yet another rape incident that has left us bereft and disturbed, you know the usual.

In what has been an unbelievably horrific incident, a 19-year-old woman was raped twice in two hours, by three men in separate incidents. It has left us feeling disgusted to the point we want to throw up and throw a fit all at the same time. This happened on the night of 19th February in Navi Mumbai. The 19-year-old narrated the sickening incident to a Rabale MIDC police officer and shared how the series of unfortunate events began after she had missed her train at suburban Ghatkopar on 18th February while she was traveling with her relatives.

The woman found herself boarding another train to reach Mumbra station in Thane on 18th night and ended up sleeping at the station itself. The Police officer then shared how, “On February 19, she boarded another train and reached Diva station where she requested a woman beggar to help her in selling her nose ring for money. However, they couldn’t sell the ring till night.” This was when the woman decided to walk down the street, trying to find the Diva railway station.

A 19-year-old woman was allegedly raped by three men in two separate incidents within a span of two hours on the night of February 19 in #NaviMumbaihttps://t.co/oi2F3Oja3o

Also Read : In MP, A Shocking Incident Of A 14-Year-Old Girl Getting Raped By 4 Boys. This Is What We Get When We Raise Our Boys Wrong

The officer further said, “She reached near a hotel and asked the auto driver to drop her at the nearest railway station. The auto-driver, however, took her to a dilapidated building in Navi Mumbai and raped her.” This was the first of the two incidents, after which the driver dropped her nearby a temple, where she tried to seek help from two guys on a two-wheeler.

“The duo made her sit on the two-wheeler, took her to an isolated area near Ghansoli and raped her,” shared the police official, and honestly gave us a scare down our spines with the kind of inhumanity and monstrosity of mankind that has descended upon us women. In a matter of merely two hours, the young and helpless 19 year old, was raped twice by three men, all of whom had no fear of God nor law, and took advantage of a young girl in need of help in the wee hours of the night, as though they were entitled to it.

At a time, when even seeking help has turned into a crime we realize that now no place and clearly no one is safe for women. The three men who were responsible for this horrendous crime have been arrested and remanded by the police till 29 February. We hope that justice is brought to them in the most gruesome form. It is about time that the perpetrators who prey on innocent women are made an example out of and not the women who are talked about behind closed doors and pitied over.