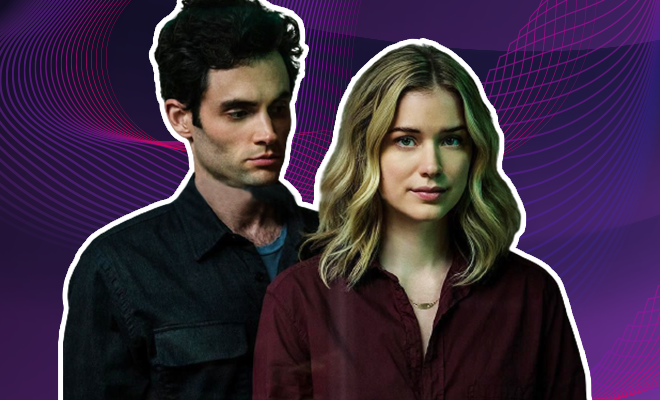 Is He Really A Nice Guy Or A Wolf In Sheep’s Clothing? Here’s How You Can Tell

The human mind is so complicated that there is no definitive way to know if what we feel is right or wrong. Whatever we feel is subject to our perceptions and experiences that we carry on our shoulders. And yet, we are also so obsessed with not being wrong, that we often find ways to gaslight ourselves. When you meet a guy who seems just perfect, you wonder if there is something fishy. And then you also tell yourself that maybe it’s just that your past encounters with absolute fuckbois are making you cynical. He is a nice guy after all.

They always say that if it seems too good to be true, it probably is. You know, how we totally spam-zone all those ads of a magical product that will help you lose weight within a few days. When we are going out for dinner, we check the reviews of that place because we know things are not always what it seems. So why should we take a nice guy to be as nice as he wants us to believe he is? Take things at face value when he says he wants nothing serious not when he is portraying himself to the exact avatar of your dream man. But that’s when we start to be in denial and assume that maybe because his actions say something else, he will realise someday.

His niceness may not be an indicator of his feelings

You start going out with this guy and he is incredibly romantic. It’s almost like someone reached into your head and created a man with all the things you ever wanted in one. He will do all the textbook things a nice guy is supposed to do. He will open doors and take you out for dinners and drop you home without pushing your boundaries. This “nice guy” will tell you how pretty you are and look into your eyes with the sweetest sadness in his. He will be there for you and hear you rant about your troubles.

And there you are, assuming he is falling for you. Nope, it’s just that being a nice guy is his thing. He does the same for the five other girls that he is “friends” with. While some guys complain that being nice, they get nothing some men actually get quite a lot of action by just being nice. So, no his hospitality isn’t exclusive to you and it doesn’t indicate his intentions.

They may use lovebombing to control you

Have you ever dated or been with a guy who is showing too much love too soon? Within no time he claims to have fallen for you and the next thing you know, he is following you around like a puppy. He wants to be yout knight in shining armour. This nice guy is waiting for an opportunity that he can seize to “rescue” you. It boosts his own ego when he is able to fix you instead of acknowledging he could be the one in need of help. When you are being independent, it annoys him.

He wants your calendar to be filled with him; he wants all your free time and he wants you to be dependent on him. Eventually, he hopes that you will fall for him too but not organically but because you were bombarded by his presence and “niceness”. Be careful, take it slow and retain your independence.

The niceness may be transactional

This overly nice guy isn’t being organically nice. What he is doing instead is getting you into a “covert contract” by being nice to you and expecting something in return. They are being nice guys expecting you to give them sex, the authority to control you or a boost to their ego. When you don’t they act as if you’ve broken a promise and that’s because for them kindness was a currency and not a genuine virtue. Dr Robert Glover told The Independent, “Others typically do not realise these contracts exist and are often surprised when the Nice Guy lashes out at their failure to keep their end of the deal.”

They have a habit of victimising themselves

You will always be the bad guy, no matter what you do. They will criticise you, your appearance and habits because they want to “fix” you so they can fix their own self-esteem. But when you call them out they will remind you just how many nice things they have done for you. This nice guy will try to do you tiny favours without you asking for them but somehow it’s your fault if you don’t tolerate the shit they put you through. Eventually, all those words will feel empty because they can tell you that you are beautiful but they can’t make you feel that way.

ALSO READ: How To Not Let Rejection And Heartbreak Affect Your Self-Worth

Psychologist Dr Jesse Marczyk told The Independent, “The men who tend to get stuck in the friend-zone might not be attractive enough on their own (physically, socially, or otherwise), and so try to compensate for their shortcomings by investing in women more than their peers. In other words, they might use kindness to try and make up for what they lack elsewhere.” If they are trying too hard to make their niceness as their defining feature, they are lacking elsewhere. It could be that they are hiding their misogynistic and controlling side under all that love they are showering on you.

There are guys who are genuinely nice but unfortunately, there are some who make rather false claims. Honestly, a nice guy will never have to say that he is one. In fact, he won’t think he is nice for doing something good for his girl because he isn’t seeing it as a favour. Believe me, these self-proclaimed nice guys don’t handle rejection well. I guess it’s important to not let our mind get clouded by their niceness and watch out for red flags till we know for sure it’s real.

ALSO READ: This Guy Shared Pictures Of Him Doing Household Chores To “Smash Patriarchy”. Apparently, It Was Sarcastic. Now He’s Unleashed The Misogynists