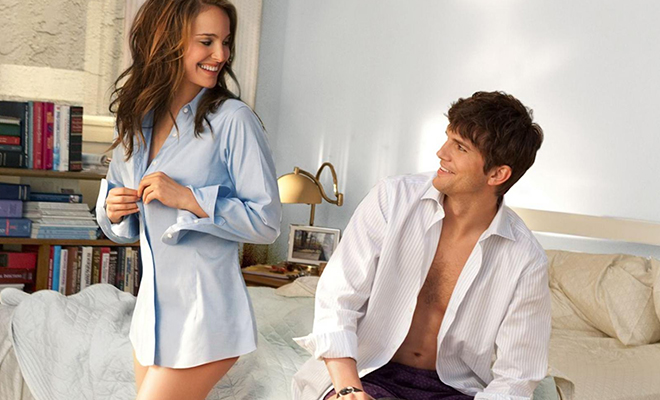 A couple of dates later, you are still taking it slow emotionally but the sexual chemistry is on fire. Maybe you both want something casual and fun in that moment. What follows is a series of dates and those always end up with you having a not-so- innocent sleepover with him. Unfortunately, most of these crazy, hot connections almost never lead to real relationships. There’s nothing wrong with having sex early on. According to a study by the University of Iowa, hookups and casual sex is very much capable of turning into committed relationships. So why doesn’t it? I would say it’s the people to blame, not the kind of connection you share. If one or both persons have commitment issues, it can pretty much limit your magical connection to sex.

In fact, it’s sort of being in denial – you know this is something more. But I have heard of – personally and through friends – several men who just go like we like you, we care for you, we respect you, sexual chemistry is great but we can’t commit. But in an ideal world, casual sex would lead to a real relationship. Why? Because a great sexual relationship requires almost the same things you need in a committed relationship. Here’s how.

1) You have great chemistry

Great sexual chemistry is a pre-requisite to sexual satisfaction. I mean if I am actually going for casual sex, then it better be with someone who can make my hormones rage. He can bring a tsunami in your vagina with just a kiss. So that spark is there because you’ll vibe! This chemistry could do so much good in a relationship!

2) He cares about your happiness (read orgasms)

He is generous with his kisses and patiently indulges in slow foreplay keeping your pleasure in mind. It’s so important in a relationship for your partner to be patient and giving. And he has been giving you orgasms since the first time you’ll had sex. He isn’t selfish and such guys are usually good boyfriends.

3) You enjoy his company (in bed for now)

Unless your sex sessions look like Trump’s press conferences, I’d say you enjoy each other’s company. Casual sex doesn’t mean get down to business and then go home. That sounds more like paid sex, with all due respect. You’ll get playful, cuddling, and talking to each other. You break into laughter as he tickles you before you start playing tongue tennis with him. On your sleepovers, you’ll cuddle and watch anything – even if it’s a Shaolin movie. You love his company and the sex bit just makes it even more special. I bet you’d enjoy non-sex dates too!

Sexual compatibility requires a lot of understanding, communication, and selflessness. We learn to read each other’s responses and try to understand what is pleasing the other person. Communication about what you like, don’t like and what makes you go crazy is vital too. You can discuss your fantasies when you’re not judged and you feel more comfortable naked when you feel admired irrespective of your flaws. Aren’t these things essential in a relationship too?

ALSO READ: Do You Catch Feelings For Someone You’re Having Casual Sex With? Here Are 10 Things You Will Relate To

Both stimulate the same part of your brain and give you an extra dose of dopamine. Honestly, we have been mixing love with lust and lust with love and that’s because they give us similar feels. This means that these two don’t necessarily have to be two exclusive concepts. I mean yes, sex is important in a committed relationship. So why can’t great sex lead to one?

ALSO READ:Demisexuals Can’t Feel Sexual Attraction Without Feeling A Connection. 5 Signs You Could Be One!