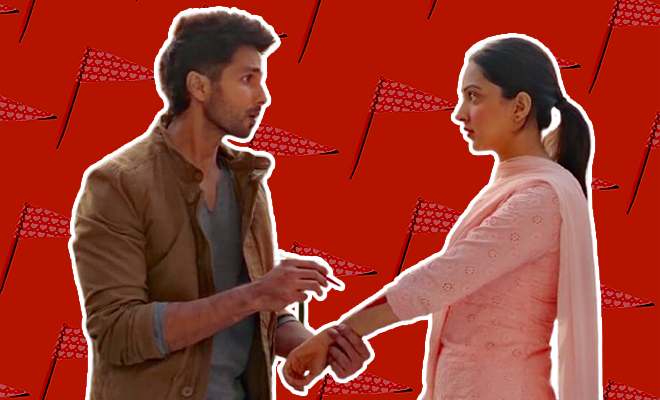 5 Signs Your Partner Has A Sense Of Entitlement

I really have a low tolerance for people with a sense of entitlement. Honestly, I was given a very humble upbringing and I grew up understanding the best values of a middle-class home. Just because there is someone to clean the table after I walk out of a restaurant doesn’t mean I will leave it in a mess. I feel weird when someone else is doing things for me, even if that is considered “hospitality” by many. Of course, I understand compromise, hard work, and not inconveniencing others. I do not have a sense of entitlement.

So when I date men who roam around feeling entitled, I just cannot relate. It kinda turns me off, in fact. The thing is you don’t come to know that a person is entitled initially unless you watch out for the red flags at the start. So what is this sense of entitlement? It is “an unrealistic, unmerited, or inappropriate expectation of favorable living conditions and favorable treatment at the hands of others,” as defined by Out Of The Fog. “A sense of entitlement is a personality trait that is based on a person’s belief that they deserve privileges or recognition for things that they did not earn.  In simple terms, people with a sense of entitlement believe that the world owes them something in exchange for nothing,” explains Better Help.

It is rather difficult for a person with solid self-esteem to get along well with someone who feels they are above others. Usually, people with a sense of entitlement get along with those who self-esteem issues. However, I feel if a person does have self-doubt, they shouldn’t be with someone who makes them feel even more insecure. In fact, turns out all that superiority complex people with a sense of entitlement have is just a façade to hide their own insecurities. Well, humans are complicated.

How to find out if the guy you’re seeing has a sense of entitlement? Here are five signs!

People with a sense of entitlement cannot digest being treated equally; they want special treatment. In fact, they are so addicted to being treated differently, they will do all they can to abuse their contacts for privileges. Of course, since they are not kind, people won’t give them such treatment normally. So you will find that such people are shopaholics and often indulge in hospitality services that make them feel like royalty. If you go shopping with them, you will feel they walk around the store like they are doing a favour by visiting it. When they go to restaurants, they act like the servers are their below them and don’t offer much courtesy.

They are always undermining you

People with a sense of entitlement usually have a contrarian nature. They have to disagree with everything you say and try to provide an alternate perspective which may not even make sense. They will undermine your achievements just to get a sense of superiority over you. People with a sense of entitlement don’t like to acknowledge your strengths and intelligence. They will explain to you in a condescending tone that often implies ‘I know better.’

They inconvenience others and you

“You disregard rules that are intended for everyone’s comfort. For example, you ignore signs asking you to please not put your feet on the chairs at the movies,” writes Dr. Alice Boyes, a former clinical psychologist and researcher-turned-writer in Psychology Today. “You cancel appointments or reservations repeatedly; you make plans with friends and then bail on those plans without considering that your friend may have organized other plans around fitting you in; you run into a store one minute before closing without thinking about the fact you’ll be delaying the shop assistant from getting home on time. You think, “It’s only 5 minutes” without considering that the assistant may have somewhere they need to be,” Boyes further explains behaviours of people with a sense of entitlement.

Sometimes, it makes me wonder how they can disregard a perfectly good service or experience just because one thing didn’t check out. You might plan the best date for them but because the bar you picked didn’t have a nice smoking zone, they will tell you how it could have been better. They like things to be exactly how they want.

ALSO READ: Choreplay Is A Term For Women Bribing Men With Sex To Do Chores That They Should Be Doing Anyway

They react strongly to criticism

I am usually shocked to see how a person is speaking so warmly to me and the next moment screaming at a security guard just because he failed to make them feel like royalty. They have road rage because how dare someone honk at them? How dare someone point out their mistake to them? And if you think you are going to be safe from this side of them, you’re wrong. They will treat you like a queen as long as you sing their praises. The moment you criticise them, you begin to see they have anger issues and cannot handle criticism at all. It is their sense of entitlement that makes them feel deserving of being treated like the best human to touch the surface of the earth.

ALSO READ: If You Take Me For Granted And Don’t Realise My Value Until It’s Over, You’re Not Even Worth It. Here’s Why