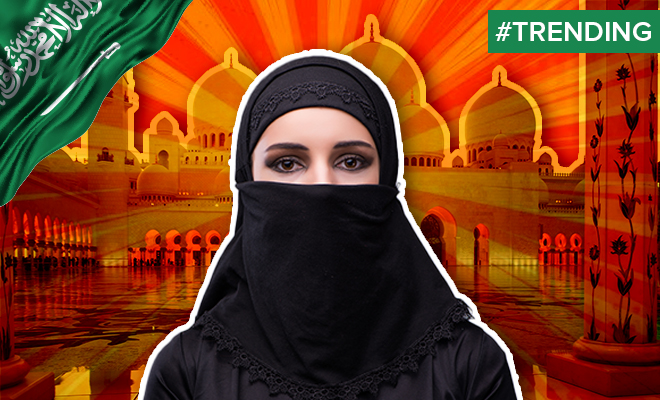 Saudi Arabia Appoints 10 Women To Senior Positions At Two Holy Mosques. This Is A Milestone!

Here’s the thing. For far too long, women have been at a disadvantage for merely being women. This horrid patriarchal society that we are forced to live in is weighing us down with numerous restrictions and absurd social norms. Even though it’s like this in most parts of the world, women in some countries have it slightly better than others. For instance, the circumstances in which women in India live aren’t ideal, but they are far better than those of women living in, let’s say, Saudi Arabia. Of course, I would be lying if I said that things weren’t improving for them, slowly but steadily.

Today, I am talking about one of the most radical decisions, pertaining to women, that has been made by Saudi Arabia. You see, women in Saudi Arabia live in dire situations. I mean, they have only very recently been granted the right to drive and travel without the permission of their male guardians. Imagine not being able to do anything that your husband or father objects to. What kind of a life is that? Which is why it becomes essential to talk about every progressive decision that they make.

The appointment of women at religious institutions by Saudi, especially at such senior positions, is rare, to say the least. This comes in the midst of the wide-ranging liberalisation drive spearheaded by Crown Prince Mohammed bin Salman.

According to the statement released by the general presidency for the affairs of the two holy mosques, these women were appointed across departments including, administrative and technical. The statement said that the recruitment drive was aimed at, “empowering Saudi women with high qualifications and capabilities”.

This may seem like a very basic thing, but it’s actually a milestone for the country. Women in Saudi Arabia are treated worse than second-class citizens. They are heavily dependent on their male guardians and are often abused and oppressed. Not to mention, they are deprived of rights that are commonplace for us.

The thing is though, getting appointed at mosques may seem like something that shouldn’t be making headlines. Ideally, it should be a common agency. But it is because, for them, this is a huge leap forward.

Although, this is not the first time women have been appointed at these holy mosques. According to reports, in 2018, 41 women were appointed in leadership positions at the mosques in Mecca and Medina.

Also Read: Saudi Arabia Has Been Ranked The Best Country For Women In The Middle East. Is This Some Kind Of Bad Joke?

Prince Mohammed’s attempts to boost women employment is part of his “Vision 2030” plan that aims at diversifying Saudi Arabia’s economy into more than just a petrostate. According to various reports, the number of working women in Saudi Arabia have reached 1.03 million in late 2019, making them 35% of the total workforce.

It’s so nice to finally see the Islamic kingdom trying to move on from its rigorous ways. Of course, it will take a long time for the women in that country to be independent and have equal rights. But hey, Rome wasn’t built in a day either. Prince Mohammed’s vision and plan for women empowerment are brilliant and much-needed for the country.

This decision of appointing women to work in the two holy mosques shows that the government is now striving towards being more progressive. Hopefully, the women who have been deprived of basic rights and forced to live under tyrannical and horrible conditions will now be able to work and be more independent.

A Woman In Saudi Arabia Was Allowed To Live And Travel Independently. It Is A Big Deal. Here’s Why