#Culture: We Need To Talk About Indian Matchmaking’s Mommy Issues. Akshay’s Mom Preeti Was A Classic Example Of Toxic Femininity 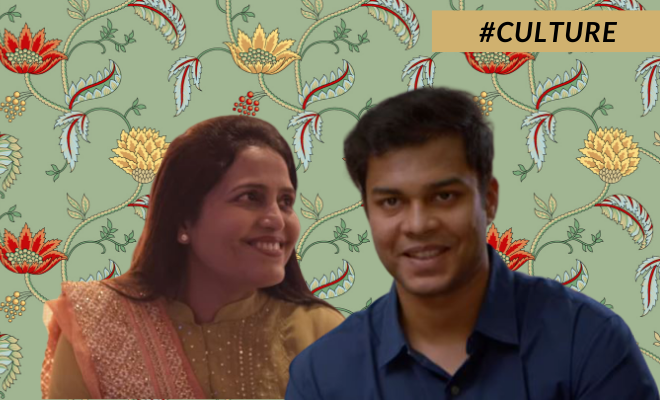 If you haven’t seen Netflix’s newest part-documentary part-reality show series Indian Matchmaking yet, then major spoiler alert. It’s not like the show is a thriller (unless you count Nadia/Vyasar’s cliffhangers) but you don’t want to hear about Akshay’s Mom, Preeti Auntie, if you haven’t seen all the episodes. It’s hard to escape her though, because Indian Matchmaking memes are EVERYWHERE. And seriously, why haven’t you watched it yet?

Those who have watched the show have strong opinions about it—it’s cringe, regressive, sexist, and—wait, did they just bring in a face reader? What the show also has in abundance are almost 30-year-olds with mommy and daddy issues, none more than Aparna and Akshay. Everybody likes to think Aparna’s mother, Jyoti, seemed to have even ‘loftier standards’ then her daughter, whether it was her kids’ academics or their choice of husband. Everybody thought she and Aparna were the ‘villains’ until the real gangsta walked in! 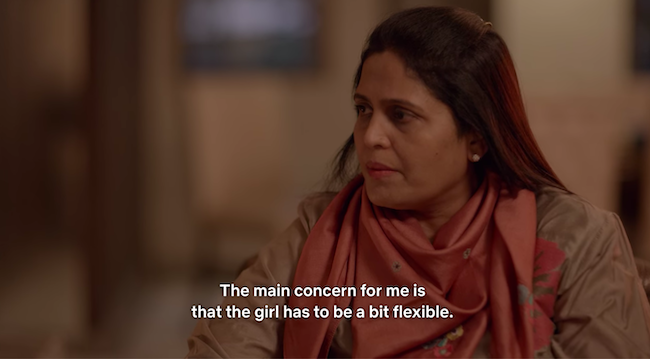 When Akshay and his mom Preeti appear at the start of the first episode, you dismiss them as merely there for the initial shock value. We forget about them until Preeti pops up again, talking about “Kitne armaan… maan maan maan maan” she has for her younger son’s wedding. She goes on to unveil the treasure trove that she has amassed for her future daughter-in-law, from gold thread embroidered sarees to intricately designed jewellery sets. At one point, I was worried her house was under threat of robbery or IT raids! But I was more worried about how the girl who was about to enter this house had everything pre-decided for her.

But that was just the tip of this marital carousel iceberg. Akshay’s mom wasn’t just pressuring her barely 25-year-old son to get married, she pretty much had a gun to his head. Or rather a sphygmomanometer (blood pressure measuring machine). She constantly emotionally blackmailed Akshay with her health issues, berated him for stressing her out, and even narced on him to his father! Daddy couldn’t do much because how do you argue with this face?

Preeti was a planner and she had grand ones for when her sons would have kids too. I swear, if our government was this foresighted…! Most mothers want their children to get married because they want to play with their grandchildren before they die. More emotional BS but okay, we aren’t cold-hearted, we understand. But Preeti Auntie is cut from a different cloth. She wanted her younger son to get married soon so that her older son and his wife could enjoy one last family function before they were plagued with pregnancy and child rearing.

At least, she was considerate about her daughter-in-law this one time, right? Otherwise, Preeti seems exactly the kind of mother who’d want her bahu to give up anything that interfered with her duties, which would include making Akshay’s tiffin and looking after his every need. Bahu’s career? What’s that? If she gets bored, she could just join a kitty party or club or go for lunch every week with her friends, just like Sasu Ma! It’s called adjustment, guys. It’s called being ‘flexible’. What does that even mean? Look it up in our Desi Sanskar Dictionary.

As I sat there watching Akshay’s mom dictate the terms of her sons’ existence, I felt pity for Akshay. And that deepened when I saw him fail to hold a basic conversation with the girl who would soon be his wife. His mother’s influence was strong that when the girl asked him what he wanted in his life partner, Akshay instinctively said that he wanted someone who would do all the same things that his mother did around the house. Which means a housewife, bye bye CA degree.

Also Read: Editor’s Desk: We Women Are Carrying The Burden Of All Of The Sanskaar

Akshay apparently studied abroad, but his indoctrination was so intense that even all that exposure to foreign customs and traditions did not change his outlook. He still had a mindset that said, “I can’t do things around the house or raise kids. So if my wife is working, then who do all that?”

But I won’t just leave it at that, blaming Preeti and Akshay’s unhealthy codependency for everything that was wrong with that marital union. Radhika, Akshay’s future wife, knew exactly what was expected of her and she willingly stepped into it. You’d argue that not every girl is career-oriented; some just want to be homemakers. Fair enough, but apart from Akshay’s bank balance, I didn’t find any other reason why Radhika would’ve said yes to him, especially when she made a point to talk about working and being independent even after marriage. And having met Preeti? How could she?

Radhika was a beautiful, educated girl who could’ve easily held a job and been there for her husband. Akshay’s family was rich enough to afford a multitude of servants, and none of the house members had to lift a finger to do work. All I saw Akshay’s mom do was bark orders at them, supervise everything and, of course, her side hustle, blackmailing everyone to do things her way. Why did she expect flexibility, a nicer term for undermining her professional ambitions, from her daughter-in-law then? In fact, personally, I feel economically well-to-do households have all the more reasons to encourage women to work because their household chores can be taken care of by the house help!

What we see here is a classic example of the culture of toxic femininity that is often passed down by mothers to their children, and mothers-in-law to their daughters-in-law as if it were heirloom Sabyasachi jewellery. The cycle begins with Preeti’s pestering and dominating nature that doesn’t allow her son to, first, take his own time to be ready for a commitment like marriage, and second, choose his own life partner. If you hate Akshay for being a frustrating man-child, please direct a majority of the blame to Preeti for not letting him think for himself. She let him believe that a woman would do everything for him, she’d emotionally manipulate him, and she had no other passions except looking after her family. His contribution to the marriage would be providing his wife with food, clothing, shelter, kids, exotic vacations once a year. “Bas what else? Nothing much. You say!”

Why was Preeti so? This toxicity is endemic to our culture, where women are rarely given positions of power. And once they are, like in Preeti’s case, where she controls the reins of her home, they feel that they have to run a tight ship or everything will go out of control. A new daughter-in-law, if not shown her proper place, might disrupt the balance of her household. That is why she must adhere to Preeti’s rules, and then all will be well. This desire could stem from a need to be feared more than loved, or a bad experience where a new entrant might’ve ruined the family dynamics. But either way, indulging Preeti’s toxic outlook is a bad idea.

This also begs the question, could Radhika’s ‘yes’ to the marriage also be influenced consent? Akshay had nothing going for him, if anything, Radhika was way out of his league. And yet, did the girl’s parents convince her with dreams of a life of luxury and a husband, who despite all his non-dealbreaker shortcomings, was decent and easily controllable? Akshay’s and Radhika’s wedding might as well be branded ‘The Parent Trap’!

Unfortunately, this article was too late to stop this doomed union. But maybe it can help you steer clear of Akshays and Preetis. Or at least, make you aware that toxic femininity does more harm than good to your family.

Yep, Akshay. Congrats. You can thank your mom’s judgement for that.

What To Watch This Week Of February 6 To 12: Farzi, Your Place Or Mine, The Fabelmans, And More

So, are you ready for the weekly binge watch? 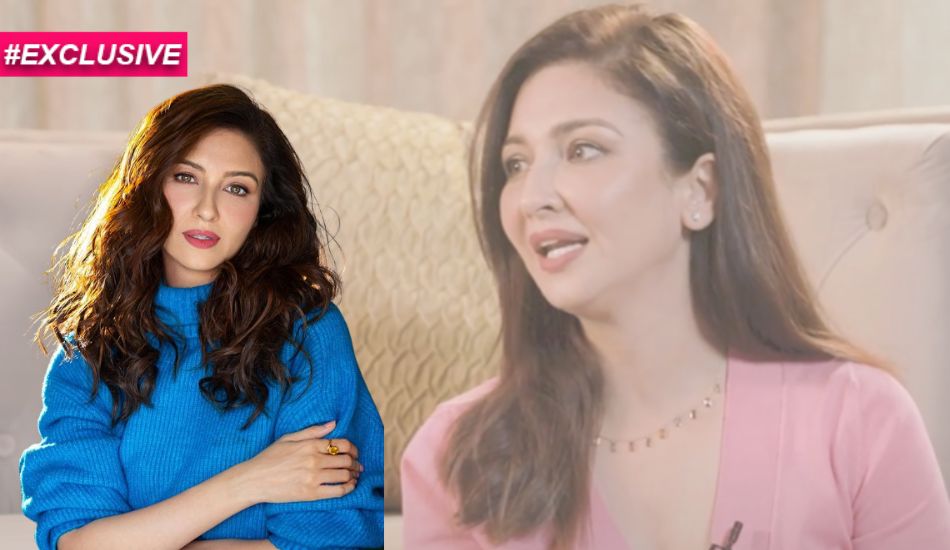 The Male Feminist: Saumya Tandon Recalls Being Eve Teased And Grievously Hurt Growing Up In Ujjain

A girl should not have to go through what Saumya did!

What To Watch This Week Of February 6 To 12: Farzi, Your Place Or Mine, The Fabelmans, And More

So, are you ready for the weekly binge watch?

The Male Feminist: Saumya Tandon Recalls Being Eve Teased And Grievously Hurt Growing Up In Ujjain

A girl should not have to go through what Saumya did! 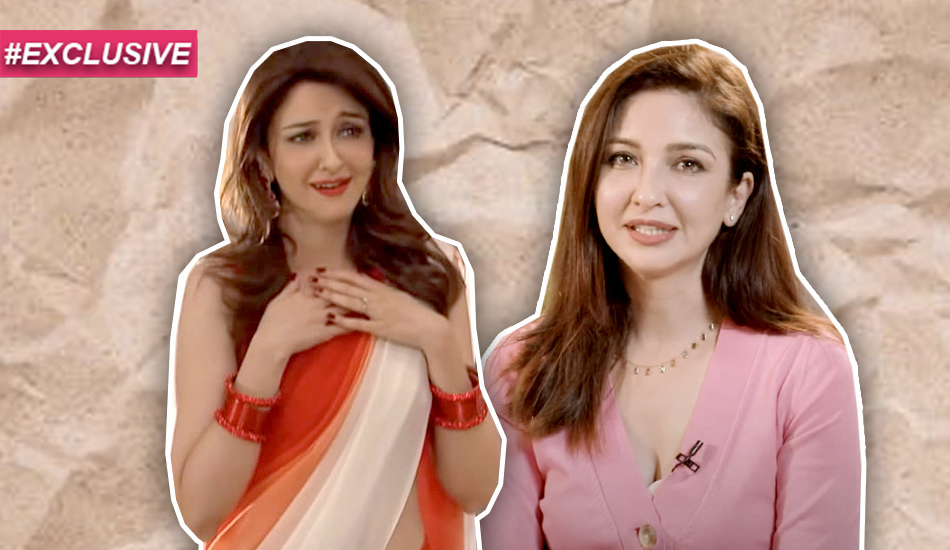 We are in the 21st century, right? Still! 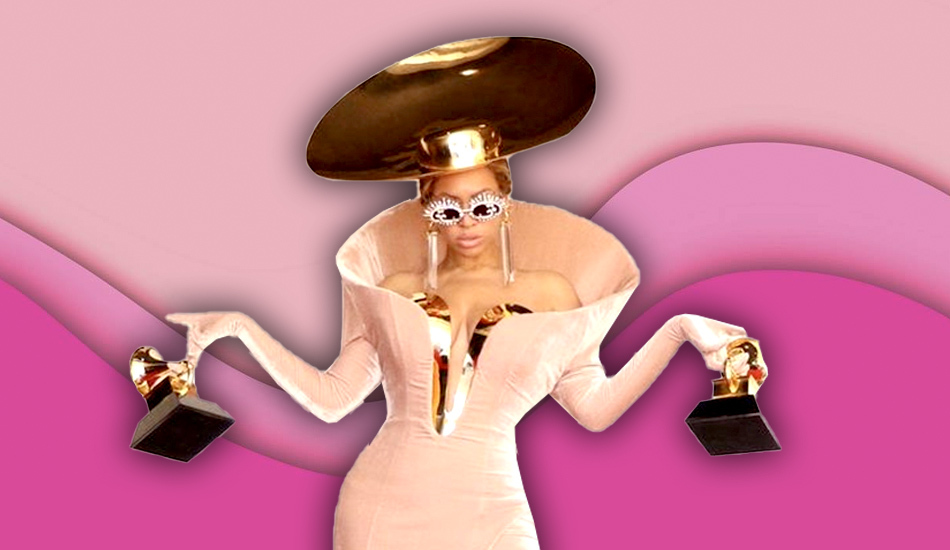 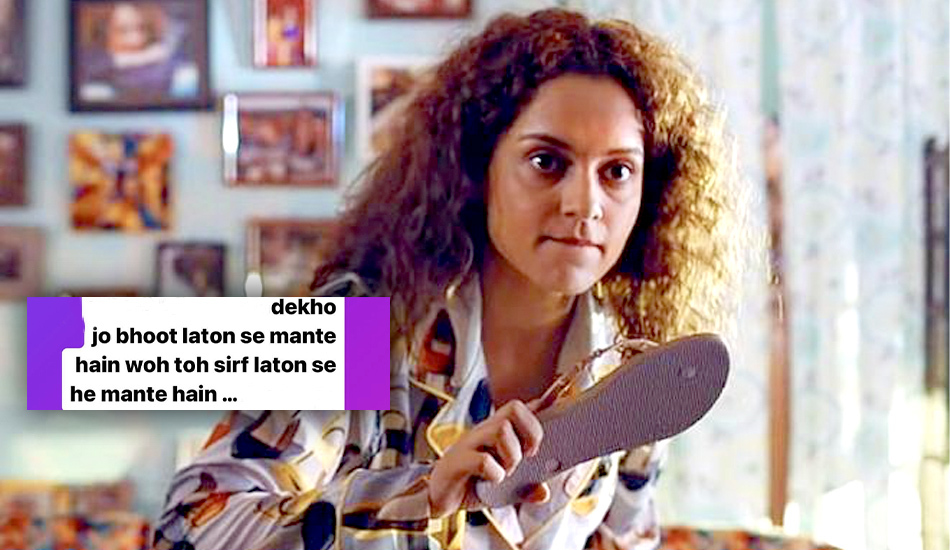 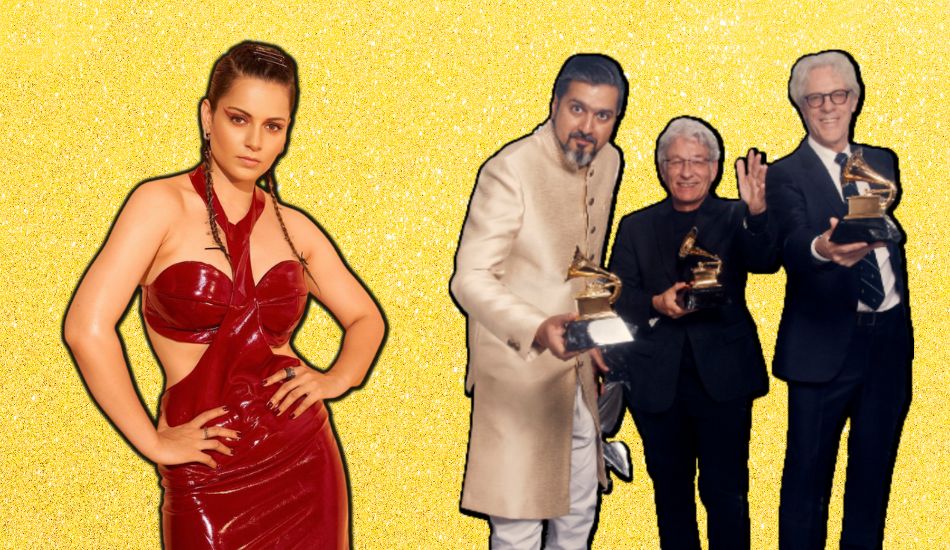 Kangana Ranaut Congratulates Ricky Kej On Third Grammy Win, Only Indian To Have Won It Thrice!

This is a huge win! 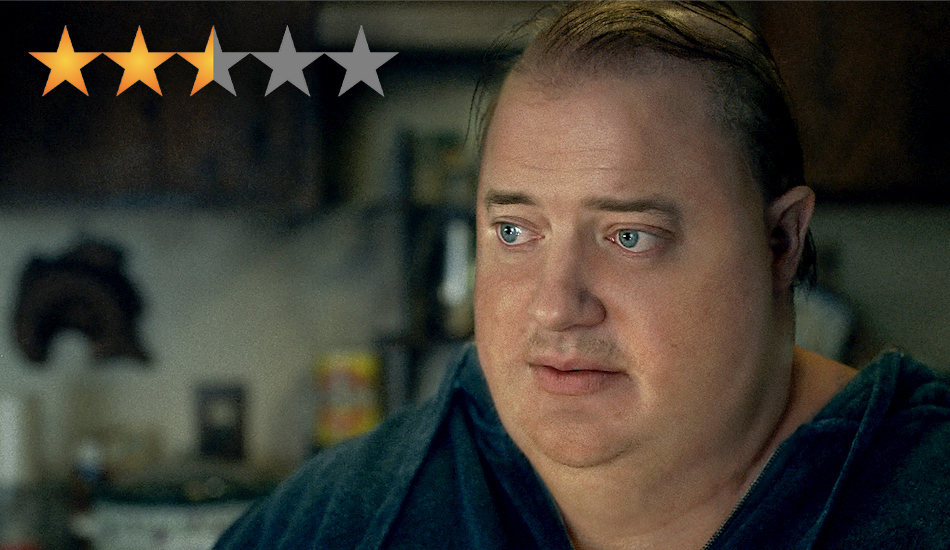 The Whale Review: Moved By Performances, Held Back By Its Pity For Fat People

Is it empathy or pity? 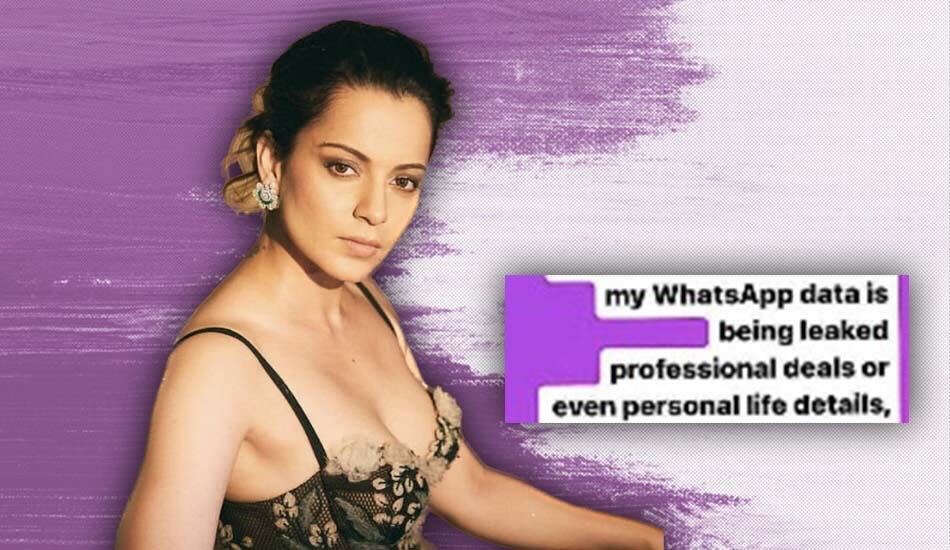 Kangana Ranaut Says An Actor Is Spying On Her, People Are Theorising She Means Ranbir Kapoor