Baba Ramdev has been making headlines in the past few days and it’s not for the right reasons. At a recent event in Thane on Friday, the Yoga guru made a sexist comment on women’s clothing which led to an uproar. Social media was enraged with Baba Ramdev and his sexist comment and several political leaders called his comment out and the Nationalist Congress Party (NCP) workers also staged a protest against the yoga guru’s remarks on women. Soon after facing severe backlash for his comment, Baba Ramdev apologised and said that he has always tried to empower women and help them get a respectable position in the society and it wasn’t his intention to disrespect women. He further stated that the video being circulated on social media has been taken out of context but if his comment has hurt anyone, he regrets it and further apologised for it. But TBH, this isn’t the first time the Yoga Guru has made a sexist comment about women. He has done it before and clearly, he hasn’t learnt his lesson just yet. 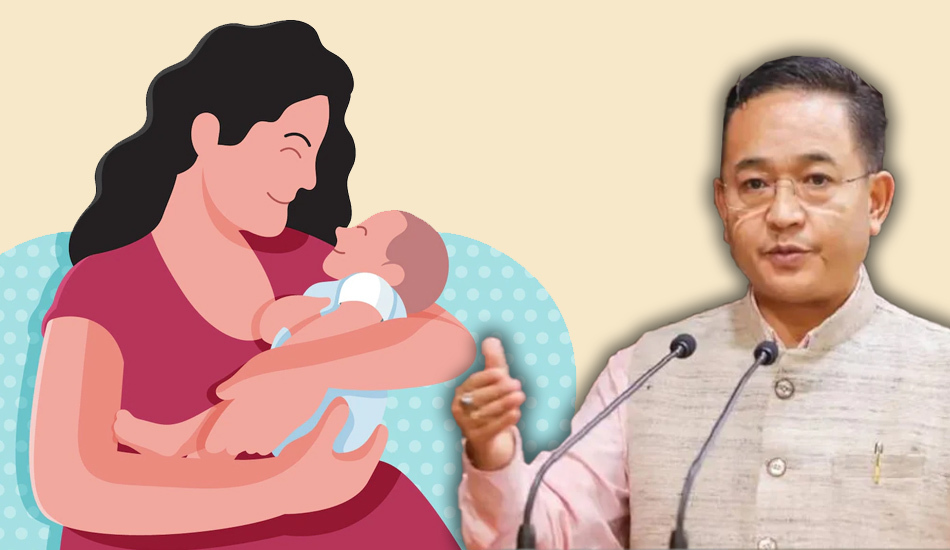 Let’s take a look at all the problematic things Baba Ramdev has said about women over the years.

1. “Women Look Good Even If They Don’t Wear Anything”

On November 25, Baba Ramdev was at a Yoga training program in Thane along with state deputy chief minister Devendra Fadnavis’s wife Amruta. During the event, the Yoga Guru pointed out that women look great in sarees and in salwar suits while adding that they look good even when they don’t wear anything like him. This led to severe backlash and Maharashtra Commission for Women took note of the comment and sent him a notice seeking an explanation after which he replied with an apology.

2. “These Actresses Know Nothing About Bharitya Sanskriti”

Baba Ramdev had taken a stand against High Court’s decision to de-criminalise homosexuality and had called it a “disease” that can be cured via yoga. While speaking on the matter the Yoga Guru had called out actresses including Celina Jaitly for supporting gay rights and he even attacked the actress personally. Baba Ramdev pointed out that “these actresses” know nothing about Indian culture and values while adding that they stay away from their parents and have no morals especially since their boyfriends keep changing every month. 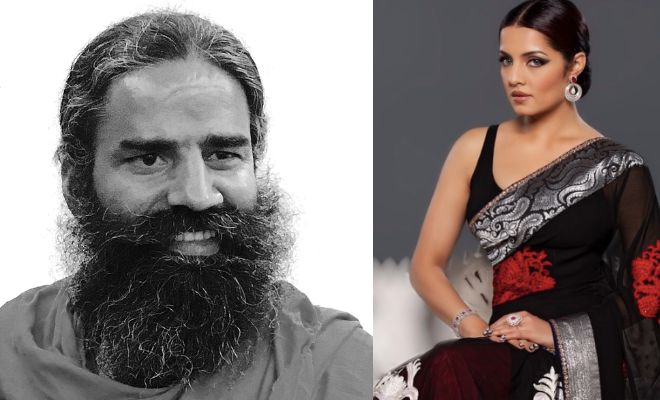 3. “Holy Men Should Never Be Alone With A Woman”

Around the time when self-styled godman Asaram Bapu was charged with sexually assaulting a minor girl, Baba Ramdev made a comment that was beyond problematic. The Yoga Guru had said that as per the scriptures, saints and holy men should avoid being alone with a woman and should maintain distance from all women including their mothers, daughters and mothers-in-law because if the scriptures are violated these holy men will face allegations. Erm, maybe we could ask them to keep it in their pants instead of shifting the blame on women in a subtle manner. 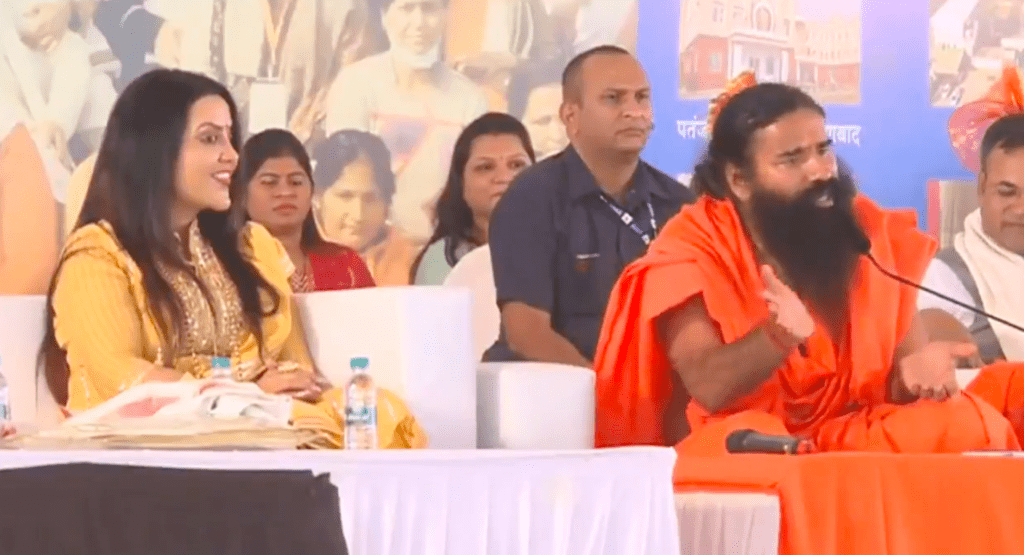 After establishing Patanjali as a huge Indian brand, Baba Ramdev launched jeans back in 2018. During the launch, the Yoga Guru had said that people are liking the ripped jeans trend and so, his brand also has ripped jeans but they have tried to ensure that the jeans aren’t too ripped, instead it is ripped just enough to maintain Indian values and “Indian-ness”. He went on to add that his Patanjali jeans will make women feel “more comfortable”. And just FYI, the brand did not have women model their clothes in the name of Indian culture. 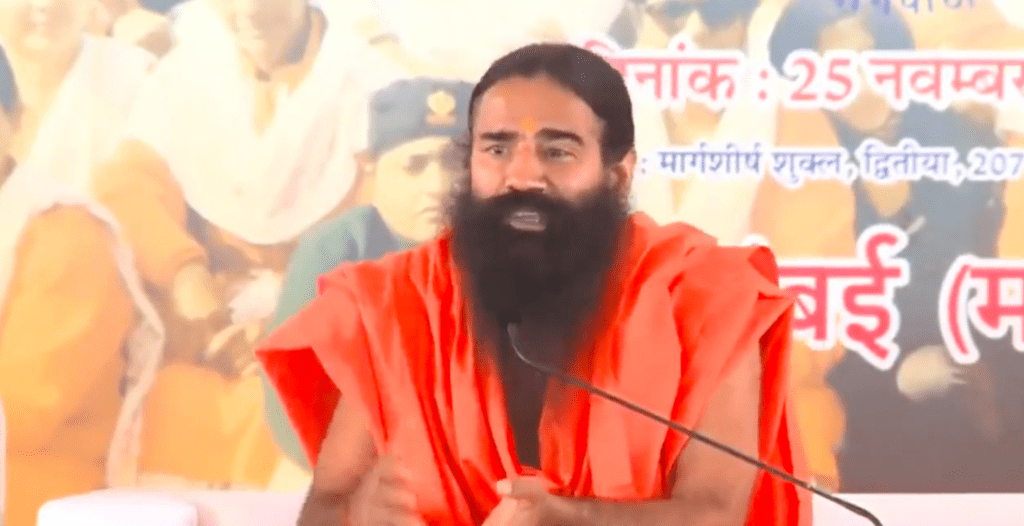 Baba Ramdev gave us another glimpse of his attitude towards women when he made a sexist comment during his tussle with Rahul Gandhi. The Yoga Guru had once said that Rahul Gandhi used to go to dalit people’s home to “experience honeymoons” and had he married a dalit girl he would have been the Prime Minister of India but he is more interested in marrying foreigners and he won’t become the PM if he is not inclined to marry an Indian girl. 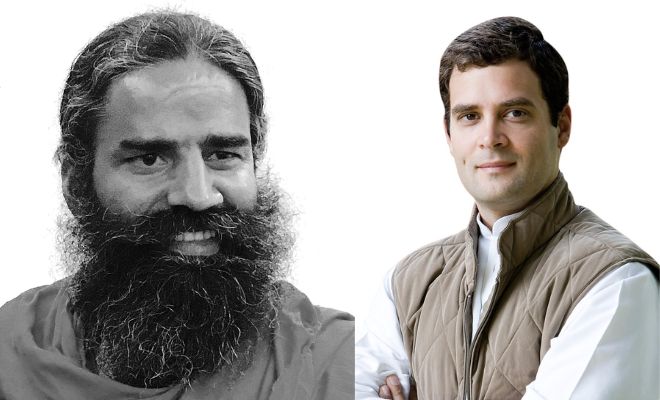